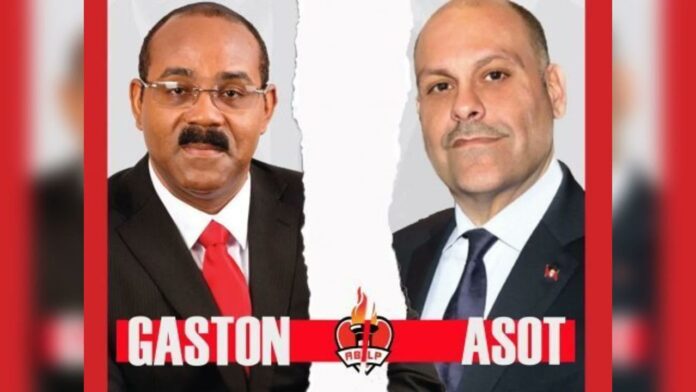 St. Peter MP Asot Michael is accusing the Browne Administration of political victimization, as he awaits permission from the Development Control Authority (DCA) to erect his campaign billboards.

Michael, who was unlawfully thrown off the Antigua Labour Party’s slate, is seeking to represent St. Peter as an independent candidate.

About two weeks ago, he began to erect billboards at various locations around the constituency.  Shortly after, the DCA placed removal notices on the seven that had been put up, giving Michael one week to have them removed.

In a communiqué circulated on Tuesday, December 6, Michael calls this development “blatant discrimination.” He reports that he made an application to the DCA for permission to erect campaign billboards since May 16 – some 305 days before the constitutionally due election date in March 2023.

It was on November 14 –182 days later and 123 days before the election date – that he received a response from the DCA, the St. Peter MP says.  However, instead of receiving permission, he says he was threatened with a demolition notice.

Michael explains that he began to construct his billboards in the interest of time, since he believes that elections will be called during the first half of January 2023.

He notes that billboards in an election cycle have a limited lifespan and expire on the day before the general elections are held.

Hence, from November 14, when he received the DCA removal notice, that would give him only 60 days before the election if it were to be called in January, Michael says.

Now, approximately 37 days before the speculated date, he still has not received permission from the authorizing body to construct his billboards, Michael complains.

He adds that the Authority’s angry threats are violating the law in denying him the right to appeal “its oppressive decision.”

In the meantime, his Antigua Labour Party opponent, Rawdon Turner, and his colleagues have their billboards up, Michael notes.

Last week in Parliament, Prime Minister Gaston Browne claimed that Michael had applied for permission to erect over 60 billboards and called the request “excessive.”

Michael countered by reminding Browne that the Labour Party, under the Spencer Administration, had applied to the DCA for more than 200 billboards and claimed it had received permission in two days.