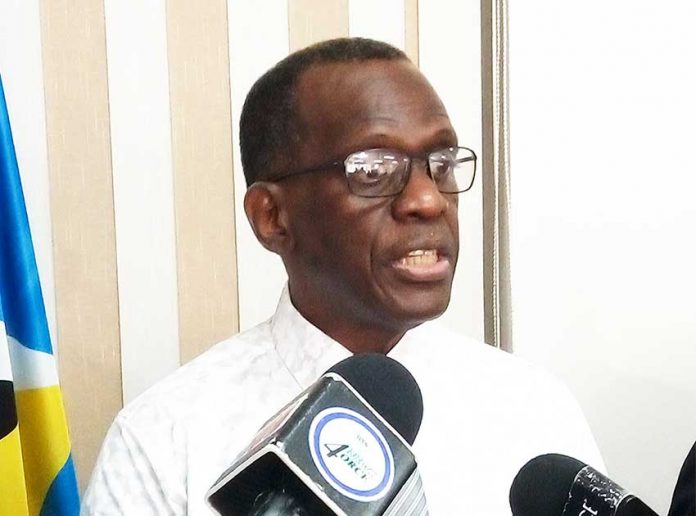 (CMC) — The main opposition St Lucia Labour Party (SLP) has formally opened its election campaign headquarters in the capital, saying it is ready for the general election that is constitutionally due by September 2021 but widely expected to be held before that date.

“We are ready for elections whenever they are called,” Opposition Leader Philip J Pierre said, adding that the party is ready and equipped to accept the responsibility and take up the mantle of leading this country “out of the economic and social morass into which it has descended”. The St Lucia government is headed by Prime Minister Allen Chastanet who is president of the ruling United Workers Party (UWP).

“Our party organisation is strong as can be seen from the several successful constituency annual general meetings that have been held during the past month,” he said. “Our campaign machinery is well oiled and I am alerting SLP supporters to be ready”.

In the June 2016 general election, the UWP unseated the SLP government headed by then Prime Minister Dr Kenny Anthony, winning 11 of the 17 seats in the Parliament.

But Pierre believes that St Lucians have had a rough time since the Chastanet administration came to power and that the SLP’s theme for the general election campaign “’Putting You First” underlines that fact.

“With no shame, they have given away our prime land, some at one dollar (One EC dollar=US$0.37 cents) an acre to foreigners. They have failed to protect our patrimony, our sovereign interests and safeguard the future of our country,” Pierre said, accusing the ruling administration of being “vindictive and callous” and using State power to persecute political opponents and innocent citizens.

“Yet they parade around this country describing themselves as ‘workers’. But I am compelled to ask: ‘Working for whom?’ We all know that this government has failed to work for you the people of St Lucia,” Pierre said.

Meanwhile, the government has sought to ease public disquiet over the development of a private dwelling house at the base of the island’s world famous Pitons, the twin peak mountains in Soufriere on the west coast.

Physical Planning Minister, Herod Stanislas, in a lengthy statement, said the government “acknowledges the concern regarding the development” but that he wanted to reassure the nation that the Department of Planning and the Development Control Authority (DCA) has abided by the laws and the rules governing the Pitons Management Area.

He said that “at no time was any aspect of the development in question approved that would threaten the designation of the Pitons Management Area as a World Heritage Site”.

“It is important that everyone, however, understand and recognise the history of the estate in question … measuring 76.6 acres located within the Pitons Management Area (PMA),” he said, noting that the property was agreed to be sold by Mondesir Estates to a business senior executive from Canada in January of 2015 under the tenure of the former administration.

He said that in October 2015, the lawyers for the new prospective Canadian owner wrote to Anthony seeking, “Incentives pursuant to the Special Development Area Act”.

“In his letter the lawyer indicated that the property was being acquired “from the Mondesir Family in Soufriere for the purposes of constructing a large multi-family villa and other amenities to be used as vacation unit and luxury rental units”.

Stanislas said that he wanted to make it clear “that at all times the DCA and the Ministry of Planning have been monitoring this development to ensure it is in keeping with the guidelines. As regards this property, at no time has the DCA approved any new development within the no build zone of the Pitons Management Area”.

“I wish to reiterate: The property under discussion was sold and the purchaser declared an “approved developer” in 2015 during the Kenny Anthony administration. Our Government has simply ensured that the development is in keeping with the guidelines of the Pitons Management Area,” he added.