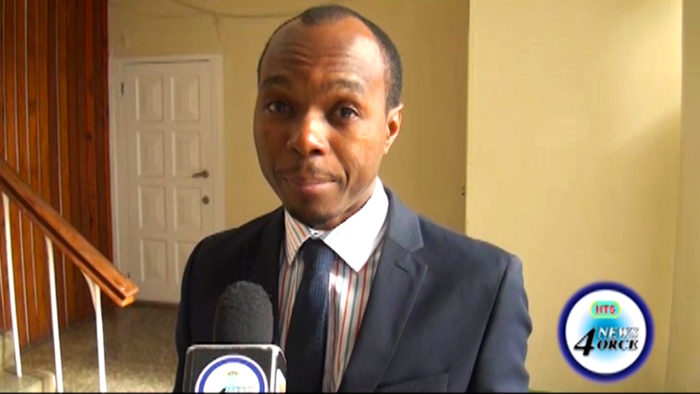 St Lucia is keeping up the rhetorical pressure on the struggling regional carrier LIAT, with the man overseeing the tourism ministry joining Prime Minister Allen Chastanet in calling for competition for the cash-strapped airline.

In fact, Dominic Fedee, the minister in the prime minister’s office with responsibility for tourism, said competition would make LIAT better.

“LIAT has played a significant role in trying to bring together the Caribbean. I think it has played an extraordinary role in regional integration and that can’t be taken away from them; that’s a very strong legacy. However, I think competition would be good for LIAT and I think it can help LIAT become better and not necessarily destroy it,” Fedee told Barbados TODAY last Sunday on the sidelines of the Soleil St Lucia Summer Festival.

Chastanet, who took charge of the tourism portfolio after his United Workers Party won the June 2016 general election, but leaves the day-to-day running of the ministry to Fedee, has been a perennial nemesis of LIAT.

As the minister of tourism and civil aviation between 2006 and 2011, he firmly stuck to the position that St Lucia, an original LIAT shareholder, would not provide any financial support to the island-hopping carrier, which has struggled over many years with cash problems.

Upon assuming power last year, one of his first policy pronouncements was to swear that not a dollar from his country would go into the carrier, while stating he would encourage an open skies policy and introduce competition for LIAT.

There has been no word since about the threatened competition, and Fedee made no mention of any development in that regard.

However, he told Barbados TODAY an analysis of the regional aviation market was needed in order to improve travel within the region.

“We need to improve on the transportation. It’s quite difficult for a lot of the people to get to the individual islands. If I try to get to Grenada, which is really half hour away, it would take me an entire day,” he complained.

LIAT has been roundly criticized over the years for poor service, lost baggage, and delayed flights.

However, it is the high cost of regional travel that most worries Caribbean residents, who often point out that it can be cheaper to travel to the United States than to another Caribbean country.

LIAT has blamed the fares on high airport taxes and landing fees, and it has begun to give a breakdown of the various exit charges on travel itineraries.

His government has reintroduced an airport development tax of US$35 and raised the airport departure tax for foreign visitors from US$25 to US$65 for flights booked after April 1 this year for travel after June 1. The overall cost equates to a quadrupling in the amount of tax due. For those travelling to Caribbean Community countries or the French Caribbean, the exit tax is now US$35.

Fedee did not address the issue of taxes, even as he joined the chorus of complaints about high fares.

“A lot of flights have become so exorbitant in recent times and that itself is a turn-off for a lot of people. They lose too much time and they have to spend too much time to get there, he said. (Barbados TODAY)