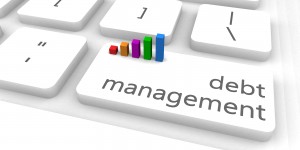 Chastanet, who is also the Minister of Finance, told reporters on Friday that his administration will not let another term go by without decisive action. 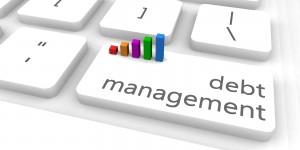 He admitted that the current debt burden has hindered St. Lucia’s ability to accumulate buffers and to implement fiscal policies to spur the economic growth needed to place the country on a more sustainable path.

He said that solving this problem “is a shared interest for all stakeholders in the economy.”

“Among the initiatives undertaken by Government is determining whether the performance of statutory bodies and affiliated agencies justifies continued support of these agencies.”

“There may be instances where a merger of agencies, or an elimination or reduction of transfers is the most suitable option.”

“In some cases the environment has evolved, and the purpose for the creation of these agencies no longer exists. In other instances agencies may be better placed to operate as private institutions and allow market forces to set rates and determine the true cost of operations,” he said.

These include the dismantling the St Lucia Tourist Board, in favour of establishing a Tourism Authority.

Other agencies whose operations and performances have been reviewed and a determination will be made on their continuation in their current form in the coming weeks and months; these include The St Lucia Marketing Board which the Prime Minister said was no longer the primary “farm gate” purchaser across the island.

“Currently, it handles approximately only 2% of the total produce of farmers.  Consecutive years of losses have now rendered the Board virtually obsolete although its liabilities continue to burden taxpayers.”

Another entity which has drawn the concern of Government is The St Lucia Fish Marketing Corporation and the Government Supply Warehouse.

The Prime Minister also gave the House of Assembly information about Radio St Lucia, stating the station continues to accumulate liabilities which could possibly be inherited by Government.

“Like the Marketing Board and the Fish Marketing Corporation, the factual matrix upon which RSL was established has changed,” admitted the Prime Minister.

“When RSL was established there were few avenues for disseminating information to our citizens. The radio was the most widely used tool for mass media and there were very few other radio stations.

“The current climate is far different; the internet, television, cell phones have taken over in terms of communication. The airwaves are saturated with radio stations, and multiple avenues exist for Government to get its message across to its citizens.

“We must therefore revisit the question of the role of RSL in this current climate. My government will reorganize the GIS to more effectively disseminate government information and its programmes.

“The company currently known as RSL will be closed, and the relevant programs will be restructured to take advantage of the new technologies for information dissemination.”

The Prime Minister then explained that the St Lucia National Trust has been advised to revise its business model to become financially independent.

“The Trust is charged with conserving the natural and cultural heritage of St Lucia.”

“It is an advocacy group and is responsible for developing the sites which have been vested in it. The Government has supported the Trust through an annual subvention as well as through the vesting in the Trust, premier heritage sites.

“These valuable national assets can and should be leveraged to generate more significant revenue to sustain its operations, and thereby the Trust is being asked to revise its business model to become financially independent.

“As a result, the annual subvention of EC$700,000 will be discontinued.

However, the government will continue to provide support to initiatives the Government believes has merit in supporting the development objectives of the state.”

Another agency under assessment is the Saint Lucia Postal Service with a consideration for privatization.

“This is not a decision we will take lightly,” noted the PM, “but one which we must consider given the requirements of the times and our dire fiscal situation. Privatization will accomplish two things – it will force the organization to review its operations and become more efficient, and the value of the services will face market forces and be priced accordingly.”

As the Prime Minister announced the agencies being reviewed he also stressed that these decisions are not easy to make.

“These tough decisions are necessary if we are to begin to turn our economy around. Subventions and grants to state affiliated agencies should not be a black hole into which money is poured,” he noted, “but rather should be viewed as investments which should produce returns of relevant, quality services to the people of St Lucia.”