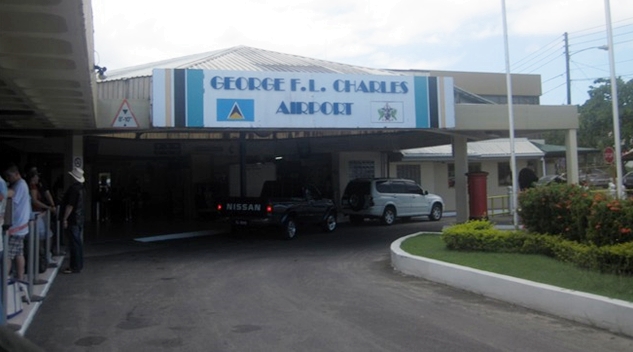 Police are questioning two French nationals after they claimed a bomb had been placed at the George F.L Charles airport, north of here causing the facility to be evacuated.

Eyewitnesses said that the unidentified man and woman had earlier raised an objection to paying extra for overweight baggage as they prepared to board an Air Caraibes flight to the neighbouring French island of Martinique.

They said that despite being cautioned, the pair continued to make assertions about explosives being placed on the airport tarmac.

The police were informed and a bomb disposal team was dispatched to the airport.

The baggage of the passengers were searched while the airport was placed on a lockdown that lasted two hours, airport officials confirmed.

No explosive devices were found.