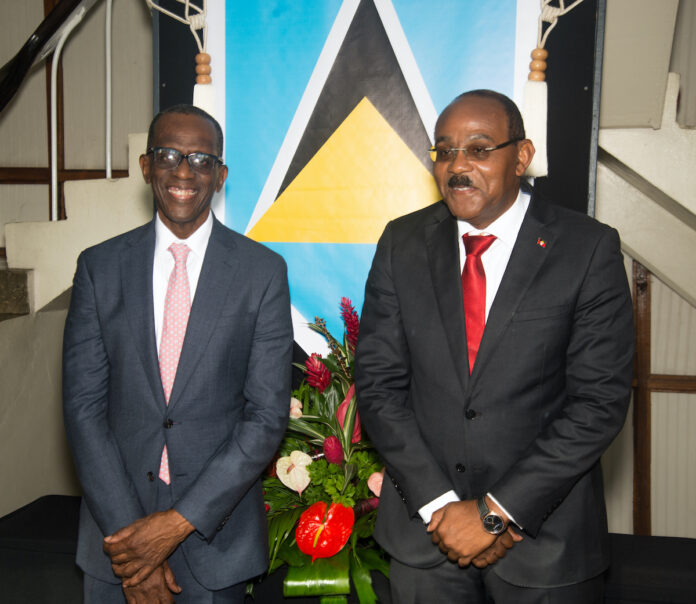 Saint Lucia has become the most recent nation to join the Commission of Small Island Sates on Climate Change and International Law (COSIS) whose purpose is to seek climate justice for small island states, utilizing the international legal system.

Antigua and Barbuda Prime Minister, Gaston Browne, who is Co-Chair of COSIS, an organisation which he founded with the Prime Minister of Tuvalu at COP26 in Edinburgh last year, said

“I am personally and officially delighted that the Government of Saint Lucia has joined this initiative to seek climate justice for small islands that have suffered, and are continuing to endure, the harmful impact of Climate Change on our countries”.

“Prime Minister Pierre and I discussed this prospect in Egypt during COP 27 last month and we agreed on the value that COSIS adds to our fight for compensation to our island states for the damage caused to us by major polluting countries”.

In  noting that Saint Lucia is the second country to join COSIS over the last week, Prime Minister Browne expressed the hope that other Caribbean countries would get on board “in our collective interest”. Vanuatu, a South Pacific nation, joined on December 2nd.

He noted that COSIS now consists of six (6) small island states that will shortly be seeking an opinion from the International Tribunal on the Law of the Sea (ITLOS), regarding their legal rights for compensation for climate change damage.

As the depository country for the COSIS treaty, Antigua and Barbuda today deposited Saint Lucia’s Instrument of Accession with the United Nations Secretariat