The main opposition St. Lucia Labour Party (SLP) is questioning the decision of the government to impose visa restrictions on Venezuelan nationals while granting visa-free access to Chinese nationals.

In a statement, the SLP said it viewed the situation “with suspicion, as this scenario presents a disturbing dichotomy”. 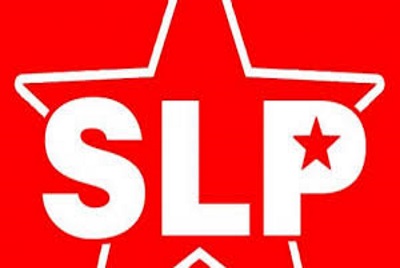 It questioned the rationale behind the decision to impose the visas on Venezuelan nationals which the government said was for security reasons.

The party said that Prime Minister Allen Chastanet has linked the 60 murders reordered here last as well as most of the guns coming into the island as a result of the mass movement of Venezuelans fleeing the South American country where opposition and other groups are engaged in protests action to remove the government of President Nicolas Maduro.

“The fact is, we do not have a problem with Venezuelan nationals at our ports of entry. Hence the imposition of visa facilities on Venezuelan nationals has nothing to do with the security interests of St. Lucia and St. Lucians. Therefore, the Prime Minister needs to clarify this allegation as he seems clueless on issues of National Security,” the party said in a statement, adding that it has dismissed Chastanet’s statement on national security concerns.

“The St. Lucia Labour Party would like to make it abundantly clear, that it rejects the arbitrary withdrawal of this privilege to our long-time friend and ally, and upon our return to office, we will immediately restore the mutual respect and friendship with Venezuela by reinstating the previous visa protocol. The SLP also condemns, in the strongest possible terms, assassination attempts on democratically elected leaders in our hemisphere or any other part of the world.”

It said the government’s rationale for granting visa free access to Chinese nationals was that China is now a major global player and is the second largest economy in the world.

The SLP said that while visa free access is not always based on reciprocity, visa free travel to countries depends on the basis of main factors (such as) the principle of reciprocity/privilege status…historical factors and trends about the pattern of migration between the countries”.