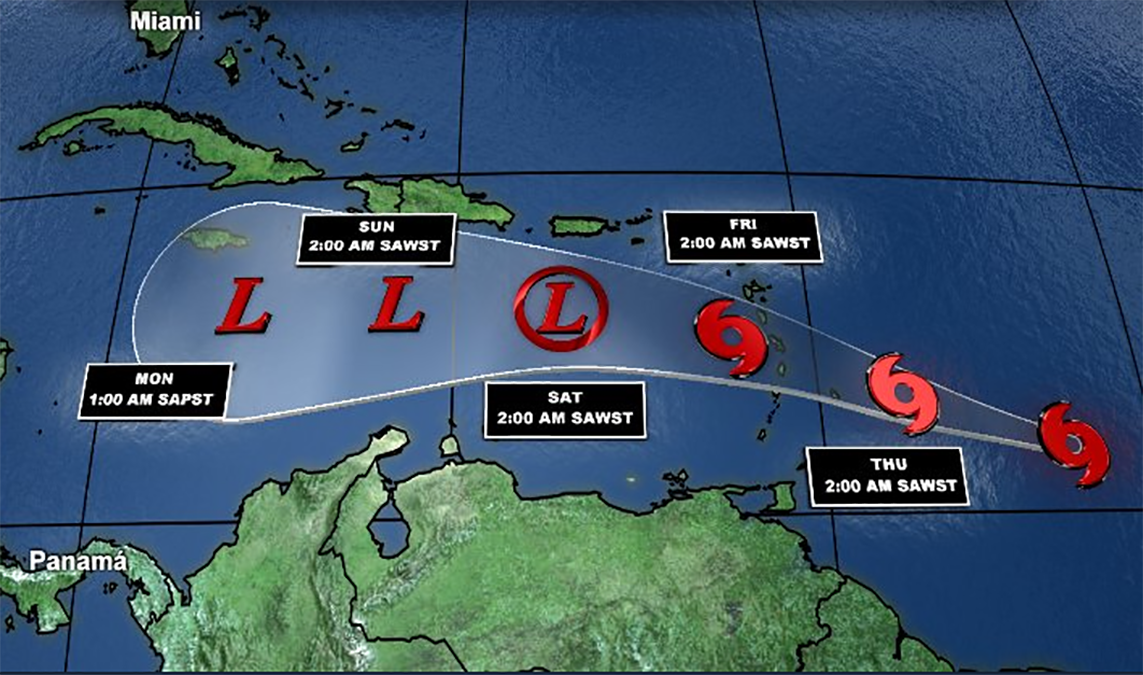 Tropical storm Kirk was drenching St. Lucia with heavy rains and strong winds, knocking out electricity in some parts  of the island as well as causing several landslides.

The National Emergency Management Organisation (NEMO) said its headquarters in Bisee, north of here, was without electrify from the power company.

NEMO said it had received reports of fallen trees in the Barre de l’isle area, the mile long trial that divides the eastern and western half of the island

NEMO said there were also reports of flooding in Dennery along the island’s east coast and that St. Lucia is still being battered by strong rains and heavy winds.

There were also reports of roofs being blown off some houses but NEMO said it is continuing to receive reports from the districts and will inform members of the public as the reports are received, particularly as they relate to areas of concern and situations that pose a danger to members of the public.

In its latest bulletin, the BHC said that the center of Kirk was located near latitude 13.2 North, longitude 62.5 West and that it is moving toward the west near 12 miles per hour (mph) and this motion is expected to continue during the next day or two.

“On the forecast track, Kirk’s center, or its remnants, will move across the eastern and central Caribbean Sea over the next two to three days.

Maximum sustained winds are near 50 mph with higher gusts and Kirk is forecast to weaken to a tropical depression later today or Saturday, and then degenerate into a trough of low pressure.

“Tropical storm conditions are possible within the watch area during the next several hours. Locally higher winds are likely atop and on the windward sides of hills and mountains.”

“These rains may produce life-threatening flash floods and mudslides.  Across St. Croix and eastern Puerto Rico, Kirk is expected to bring two to four inches with isolated maximum totals of  six inches today and Saturday.”