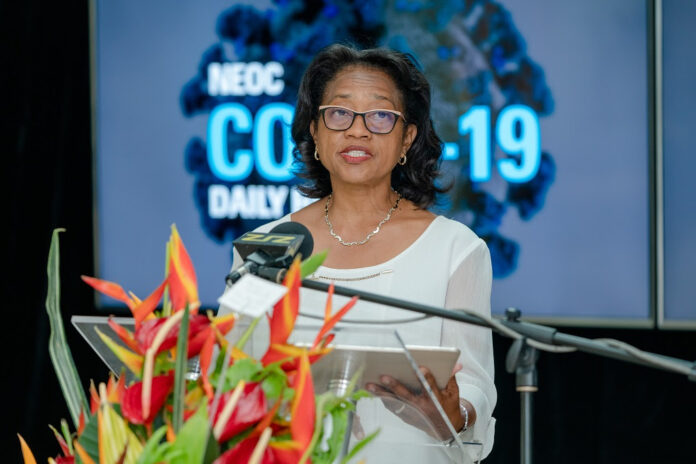 St. Kitts and Nevis has recorded a new case of COVID-19. This takes the total number of confirmed cases to 20 – 14 in St. Kitts and six in Nevis – since the first case was reported in late March of this year.

The individual is in a stable condition and is the lone active case of COVID-19 in the Federation.

The 20th case arrived in the Federation on a charter flight on Nov. 08, Chief Medical Officer (CMO) Dr Hazel Laws announced on Saturday, during a special briefing of the National Emergency Operations Centre (NEOC). The individual has been in quarantine since arriving on the island and is now in isolation.

Laws noted that the travel health and safety measures designed to contain the spread of the novel coronavirus are working.

“We want to assure the general public that the protocols have been followed along the corridor of containment between the airport and the arrival of the individual at the accommodation site,” she stated.

She announced that health authorities have conducted supplemental/refresher training sessions with the staff of the accommodation site where the individual is housed. The training took place earlier today.

“We underscored all the protocols that are to be followed as they host international travellers,” Dr Laws indicated.

Similar training sessions are being offered to staff at other quarantine sites as health authorities work to flatten the curve of any new cases that may be imported into the twin-island state.