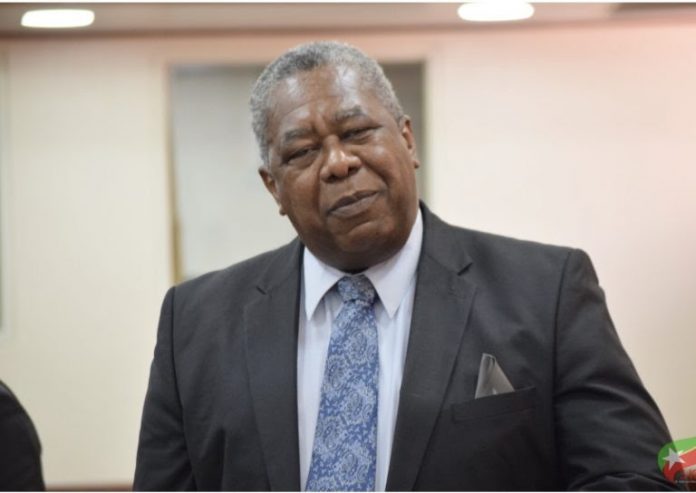 Some 800 persons in St. Kitts and Nevis will soon have their criminal records for possession of small amounts of marijuana expunged, thanks to the passing of the Criminal Records (Rehabilitation of Offenders) (Amendment) Bill, 2020 in the Federal Parliament on Wednesday, February 12.

Through this piece of legislation, the Team Unity Government will expunge criminal records for those who were convicted under section 6B of the Drugs (Prevention & Abatement of the Misuse and Abuse of Drugs) Act, Cap. 9.08; or convicted of an offence or offences involving less than 56 grammes of cannabis or cannabis resin in a quantity of 15 grammes or less.

Mover of the bill, Attorney General the Honourable Vincent Byron, said the amendment to the Act arose from the recommendations of the National Marijuana Commission, which began its work in October, 2017.

“We have gone back some 20 years to look at the files that are held by the police and we have found some 808 people who are thus affected and who will now be able to apply for and have their records expunged,” the honourable minister said.

In his support of the bill, Minister of Government Business, et al., the Honourable Eugene Hamilton, said this piece of legislation gives a second chance and presents fresh opportunities to hundreds of people.

The minister said, “Among the 800 persons who will be affected will be quite a number of young people. You know Mr. Speaker, and I’m sure everybody here knows that when people are young, especially in adolescence and above, they experiment and, in their rebelliousness, they would have offended the law then and would have maybe obtained a criminal record. Mr. Speaker, that criminal record would prevent them from being able to access further education at some universities because they have that on their records. That criminal record would prevent them from accessing a U.S. visa, or maybe any other visa for that matter to travel abroad, and so the young people in our nation were adversely affected. So, the bill…is attempting to ensure that young people get what I will describe as a second chance.”

The Criminal Records (Rehabilitation of Offenders) (Amendment) Bill, 2020 was one of three bills passed in the National Assembly on Wednesday that addresses the evolving views surrounding the use of cannabis in St. Kitts and Nevis.

The two other bills passed were Cannabis Bill, 2020 and the Drugs (Prevention & Abatement of the Misuse and Abuse of Drugs) (Amendment) Bill, 2020.