Ms. Simon expressed her sincere gratitude on behalf of The Ministry of Health, Ms. Sandy Daniel the acting Matron, other members of staff and residents of The Care Project for the timely donation as the institution was in dire need of it given the nature of their operation.

She added that it was extremely difficult to conduct their day to day operations since the residents necessitate sanitary upkeep which produces a considerable amount of dirty laundry. After their machines broke down, she decided to approach the lodge for a donation as they had already formed a charitable relationship between the institutions and she was of the impression that the lodge could assist. Ms. Peters also posed that the lack of facility forced her to work seven days per week in an attempt to manage the backlog of laundry present. She expressed her gratitude stating that the machine will be very useful to her and the organization since it is extremely difficult for them to operate with less than two machines.

The presentation was conducted in a brief ceremony which commenced at 11:30 a.m. at The Care Project.

Lieutenant Colonel Edward Croft expressed his pleasure in being able to assist the organization by providing the washing machine to meet one of the needs of the organization. He also expressed his hope that the institution’s residents would feel a sense of relief in the knowledge that they are cared for not only by the public but particularly by members of St. John’s Lodge No 492 E.R.

It was noted that this was the fourth occasion for the year that the lodge was involved in providing relief to the needy where possible.

This afternoon, CHARITY “…the distinguished characteristic of a Freemason’s Heart…” was presented to The Care Project. 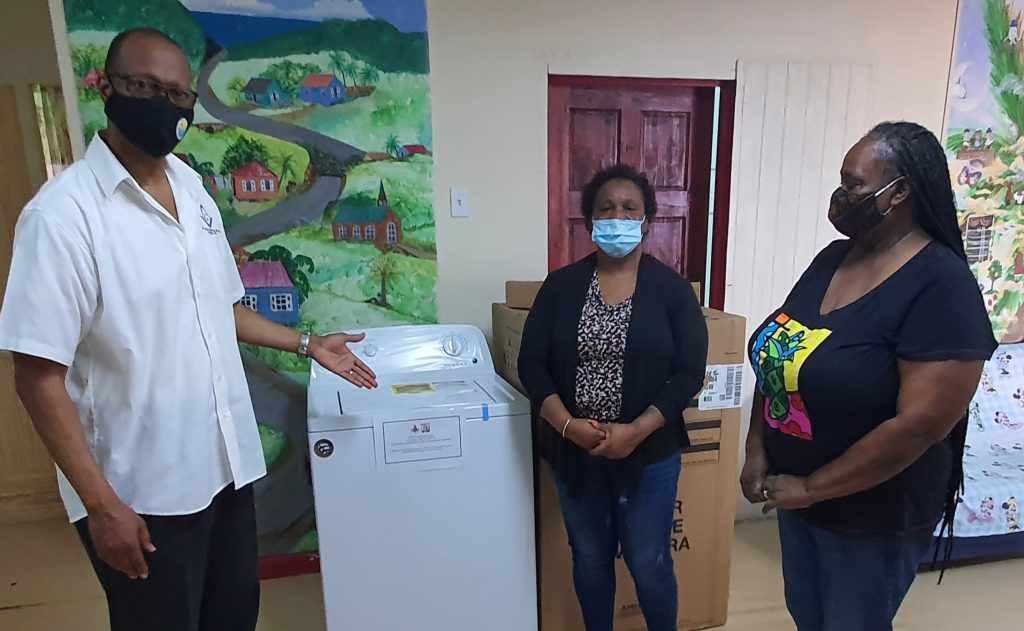