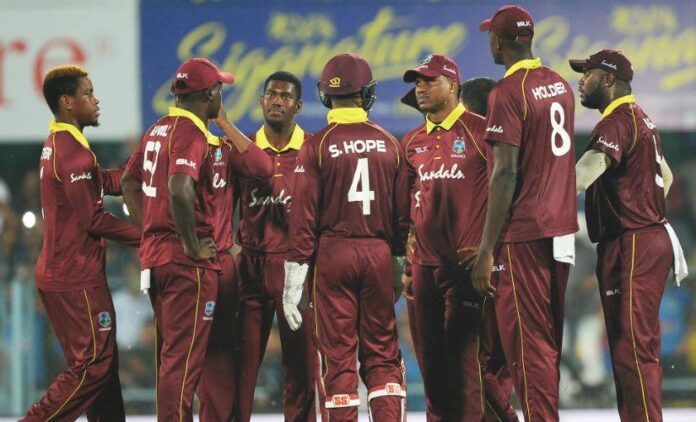 Sri Lanka are set to arrive in the Caribbean next month for a full West Indies tour, marking the first international series to be staged in the region since the outbreak of the COVID-19 global pandemic last year.

The Asians will feature in two Tests, three One-Day Internationals and three Twenty20 Internationals, with all matches scheduled for Antigua between March 3 and April 2.

All Tests and ODIs, however, will be played at the Vivian Richards Cricket Stadium.

The series is expected to be the first of several staged in the region this year with Pakistan, Australia and South Africa all poised to tour.

“We are delighted to be able to re-start international cricket in the West Indies, with the announcement of the tour by Sri Lanka,” Grave said.

“We have a full schedule featuring all three formats, which is sure to attract lots of attention from our fans, especially following on from the terrific Test Series win in Bangladesh.

“A lot of detailed planning has gone into the hosting of this tour and we are confident it will be a success.”

As expected, the series will be played in the now customary bio-secure bubble that has become the hallmark of international cricket amid the ongoing pandemic, with fans barred from attendance.

Players, support staff and match officials will undergo regular testing through a collaboration between Antigua’s Ministry of Health and the Caribbean Public Health Agency (CARPHA).

CWI president, Ricky Skerritt, praised the partnership between the regional governing body and its Sri Lankan counterparts, for ensuring the tour came to fruition, but said it was regrettable St Lucia could not be included in the itinerary.

CMC understands the Darren Sammy Cricket Stadium was expected to feature as a host venue but a decision was made to play all matches in Antigua due to logistical challenges.

“A number of COVID-19 related logistic hurdles have now been overcome and I want to thank Sri Lankan Cricket President, Shammi Silva and his team, for their co-operation in honouring their obligation to tour under the ICC FTP Agreement,” Skerritt said.

“We are also extremely grateful for the support we received from the Governments of Antigua & Barbuda, and St. Lucia in planning this tour.

“But it is regrettable that we are unable to include St. Lucia as part of this home series as we had originally hoped to due to the delay in Sri Lanka arriving and the need for the tour to end before the start of the Indian Premier League.”

The IPL is expected to bowl off in the second week of April.

Coolidge will launch the Sri Lanka series with the T20 Internationals carded for March 3, 5 and 7, all under lights before the Vivian Richards Cricket Stadium plays hosts to the three-match ODI leg from March 10, 12 and 14.

The last ODI will be a day/night encounter.

Meanwhile, the first Test will bowl off on March 21 with the second scheduled to start eight days later.

Last year, West Indies hosted Ireland in three ODIs and T20s in January but was then forced to scrap the remainder of its home schedule due to the COVID-19 outbreak.