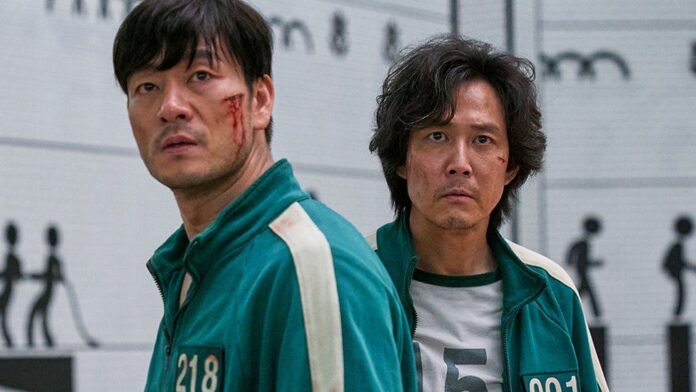 We all knew it was coming, but now it’s official: Squid Game has become Netflix’s biggest ever series launch.

The Korean drama was watched by 111 million users in its first 28 days, knocking Bridgerton (82 million) off the top spot.

Netflix counts a view as anyone who’s watched two minutes of an episode.

Netflix’s vice president for content in Korea, South East Asia, Australia and New Zealand says the show’s success is “beyond our wildest dreams”.

Minyoung Kim told CNN: “When we first started investing in Korean series and films in 2015, we knew we wanted to make world-class stories for the core K-content fans across Asia and the world.

“Today, Squid Game has broken through beyond our wildest dreams.”

The nine-part series, which debuted in September, tells the story of a group of misfits taking part in a series of children’s playground games.

There’s a prize of 45.6bn Korean won (£28m) up for grabs, which doesn’t sound too bad until you realise if you lose, you get killed.

From celebrities to sports stars, everyone’s been talking about Squid Game.

The show’s actors have shot to international fame – Jung Ho-yeon, who plays Sae-byeok, has gained 14 million Instagram followers since it launched on 17 September, Forbes says.

So what’s the secret to the drama’s success?

Warning – the rest of this article contains some mild spoilers…

Why is Squid Game so popular?
Similar in some ways to The Hunger Games, or the 2000 movie Battle Royale, the show focuses on a group of people in South Korea desperately in debt.

They’re first tricked (then volunteer) into playing a deadly tournament of children’s games, realising this may be their only chance to win the money they need to survive.

Chloe Henry is a fan of Korean shows and says Squid Game stands out from the others.

“It’s not something that’s been done before,” the 26-year-old from Sheffield tells Radio 1 Newsbeat.

“With other shows, you can guess what’s going to happen whereas this one is more ‘wow’ – a shock that you weren’t expecting.”

Korean influence has grown massively in the UK.

People here Googled Korea-related topics in October more than ever before, according to Google Trends data, and last month the Oxford English Dictionary added 26 new words of Korean origin to its latest edition to ride “the crest of the Korean wave”.

As in the Oscar-winning Korean film, Parasite, the hardship seen in Squid Game is what makes it appealing to an international audience, says Dr Hye-Kyung Lee – who’s researching the rise of K-drama and K-pop at King’s College London.

“These dramas or films are entertaining, and they have something unique which can strike a chord with people around the world.

“They present a critique of society and social economic conditions, which people can relate to through the characters.”

Dr Lee says other Korean dramas do touch on issues of society, economy and politics, but Squid Game has been far more direct in its approach.

“It’s serious, the message is extreme and I think that reflects what’s happening right now.”

And that’s something Chloe agrees with.

“Other Korean shows can be quite modest, they don’t show blood, nudity and they blur out weapons.

“It’s nice to be able see things and be unexpected.”