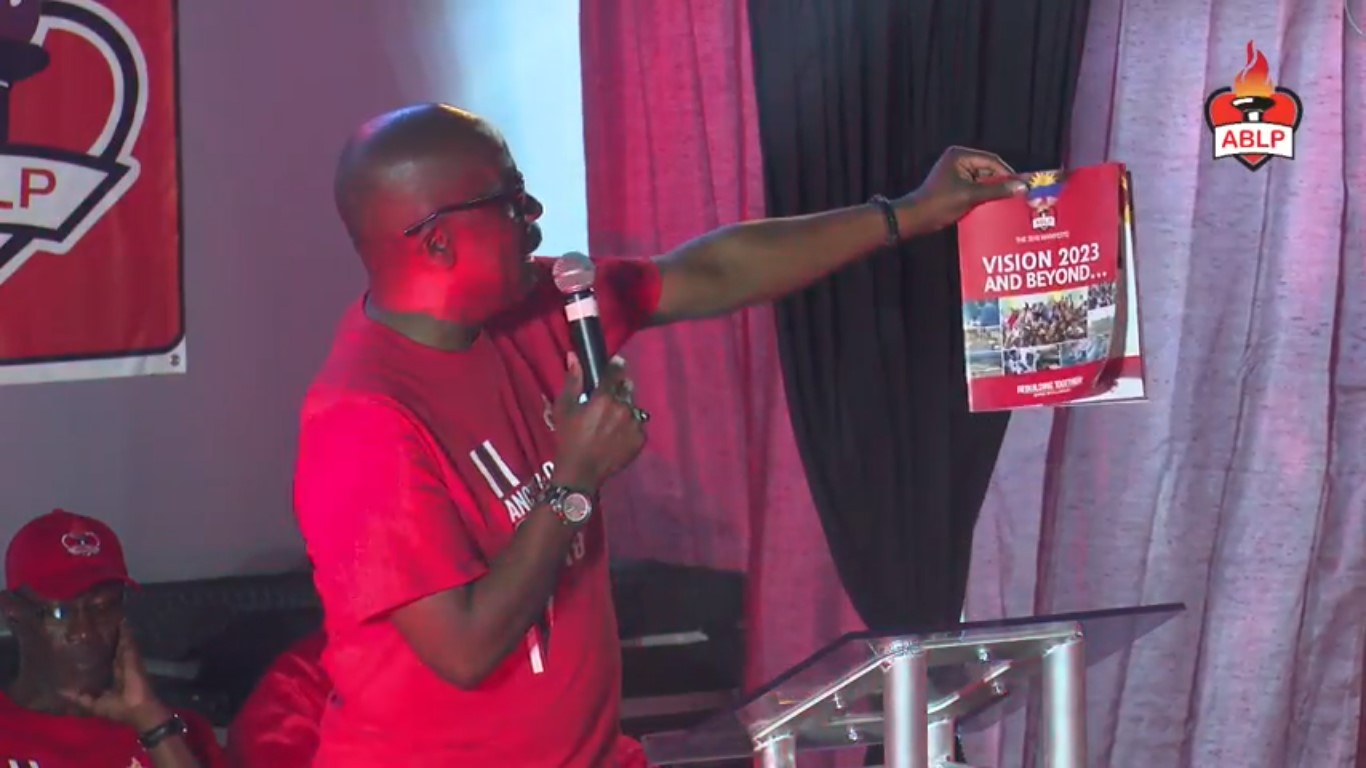 Greene said even today, there are many residents in St. Paul who have resided on lands for decades and still do not own the plots.

The St. Paul hopeful said the solution to that problem can be found on page 33 of the ABLP manifesto.

Greene told supporters at a campaign event that it is because of his advocacy in the Cabinet that the policy has been included in the manifesto.

He said residents of Ball Beef, Falmouth, English Harbour, Hospital Hill and Moss Pond will be among

“We are saying done with squatting, time for empowerment, time for ownership,” Greene said.

“That allows you to own the land go to the bank and upgrade your home,” he added.

Greene is making a bid to return to Parliament as St. Paul’s MP. He will have to defeat his main opponent Gregory Athill of the United Progressive Party.