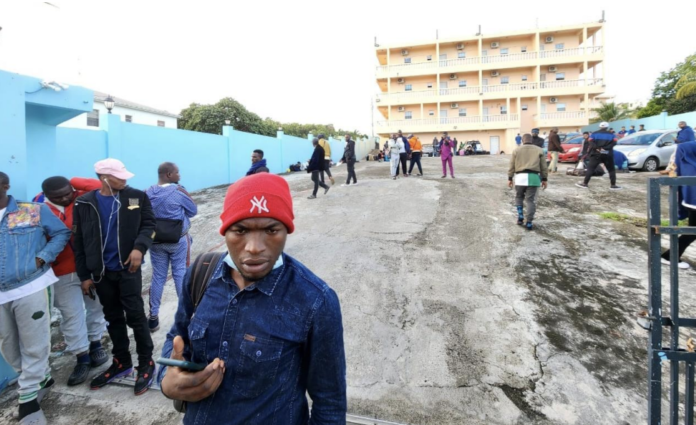 St. John’s, Antigua, Antigua & Barbuda – December 29, 2022 – As Antiguans and Barbudans prepare for national elections on January 18, 2023, concerns are being raised and tensions are heightening after several chartered flights have been arriving in the country with military-age persons from West Africa, most under cover of night over the past 6 weeks. 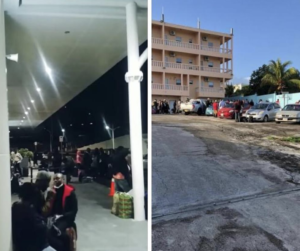 This new venture, arising out of the country’s Citizenship By Investment Program (CIP), promises to open a corridor between the Caribbean and the African continent. Coincidently the identities of these wealthy investors were never disclosed, despite a requirement to do so in the nations’ CIP laws.

The first flight arrived on November 1 to the pomp and pageantry of water-cannon salute. Upon further inquiry, it was revealed that there is no such entity called “Antigua Airways.”

The aircraft was a chartered flight and most of the visitors who arrived were from several West African countries with no lodging secured upon their arrival. Some were seen walking the streets aimlessly with their travel bags.

Some are now seeking employment and most have not returned to Nigeria.

The second chartered flight operated by Hi Fly Malta arrived at Antigua’s VC Bird International Airport around Christmas Eve. The Jolly Beach Resort, a recently renovated hotel was listed as the place of accommodation for the new set of arrivals.

However, most of the passengers could not afford the US$80 per night fee. When pressed for information, government representatives insist these visitors are tourists.

The question must be asked, if these visitors are tourists, how without adequate funding or accomodations were they landed into the country and more so, how will they be able to help stimulate the country’s fragile economy that depends on tourism dollars?

A third chartered flight arrived in the early morning of December 27th, The United Progressive Party (UPP) published a press release raising concerns and asking for an explanation of the blatant breaches of 2 the country’s immigration laws.

The Chief Immigration Officer Katrina Yearwood issued a statement stating nothing unusual is taking place, and all rules were followed. On December 27, 2022, shortly thereafter, Ms. Yearwood’s statement was issued, and a Nigerian-born Antiguan, Owolabi Elabanjo was interviewed on a local radio station in an attempt to quell concerns.

Mr. Elabanjo serves as the country’s Agriculture Extension Officer; however, he appeared in the capacity of a public relations officer (PRO) for the arriving visitors.

In his interview, Mr. Elabanjo contradicted the Chief Immigration Officer’s statements, revealing that many of the visitors arrived with false information concerning their accommodations.

He felt compelled to find accommodations around the island and admitted he was disgraced by the situation.

To date, the authorities have been uncomfortably silent on this matter, and their silence has created a vacuum for many questions.

Like most people who follow international news, Antiguans and Barbudans are aware of the unrest and conflict in Nigeria and surrounding countries that have undermined civil, religious, ethnic, and social liberties, resulting in killings, kidnappings, and violence against women and LGBTQ + individuals. Many of these atrocities were committed by militia and separatist groups including Boko Haram, Islamic State West Africa Province (ISWAP), Indigenous People of Biafra (IPOB), and Vigilante Group of Nigeria (VGN).

Currently, governments of Nigeria and surrounding countries are trying to capture and bring to justice members of those groups.

Similar to Antigua & Barbuda, Nigeria’s elections are slated to take place in early 2023 (February). Many are fleeing the country because of the complex security crises, violence, and disastrously mismanaged economy.

Antiguans and Barbudans and citizens of the region question whether these visitors are hapless tourists, victims of human trafficking, refugees, or members of the militia and separatist groups fleeing capture and imprisonment.

From the Caribbean, Nigeria seems like a world away! However, the question is being posed whether Antigua & Barbuda’s government, led by Prime Minister Gaston Browne, has unwittingly opened the doors to militants.

This question is not far-fetched as Mr. Elabanjo stated in his interview, many of the visitors intend to travel to other destinations in the region.

Citizens and residents also question why the current Antigua & Barbuda Government would open the country to scrutiny from regional partners, including Canada and the United States.

Even more crucial, why would the Antigua & Barbuda Government engage in activities and practices that could endanger the security and economic standing of the Caribbean?

Inadequately processing visitors who have expressed intentions to travel to other albeit regional destinations is a viable security threat.

These are reasonable questions, especially since the visitors come from a part of the world where major societal destabilization and mass exodus are taking place.

The visitors were not vetted, but were issued “visas on arrival” and, some received “visafree waivers.”

Is there a quid pro quo to use Antigua & Barbuda as a transshipment point to places afield such as the larger Caribbean islands, the US Virgin Islands, Canada, Europe, South America, or the US Mainland? At press time, it was announced that the 4th chartered flight, a Euroatlanic Airways landed at the VC Bird International airport from Abuja, Nigeria at 5 am.

These concerns are not unfounded.

The nation has an unfortunate reputation among the Eastern Caribbean as being host to an active scandal mill, including, but not limited to facilitating the 3 transshipment of guns to South Africa’s apartheid regime; sheltering Allen Stanford, the disgraced American financial fraudster; the DC Sniper fiasco, where the country’s compromised immigration enforcement system caused John Lee Malvo, to travel to the US, killing 10 persons and critically wounding 3 in Washington DC; the recent abduction, and reappearance of Mehul Choksi, a fugitive jeweler from India who attained citizenship in Antigua via the CIP program; the ongoing Odebrecht scandal, and the recent FTX collapse, just to name a few.

The public is clamoring to know what steps the government has taken to protect the country’s national security and sovereignty.

In a recent radio broadcast, members of the group Diaspora Progressives posited “…there are too many coincidences, so close to a national election, and Prime Minister Gaston Browne, Attorney General Steadroy “Cutie” Benjamin, Minister of Foreign Affairs, International Trade & Immigration, Chet Green, Minister of Tourism Max Fernandez, Director of the Office of National Drug Control Policy (ONDCP), Lt. Col. Edward Croft and, Commissioner of the Royal Police Force of Antigua and Barbuda Atley Rodney – all public servants, who are duty bound must present a clear picture to the nation and region and explain exactly what is going on.”