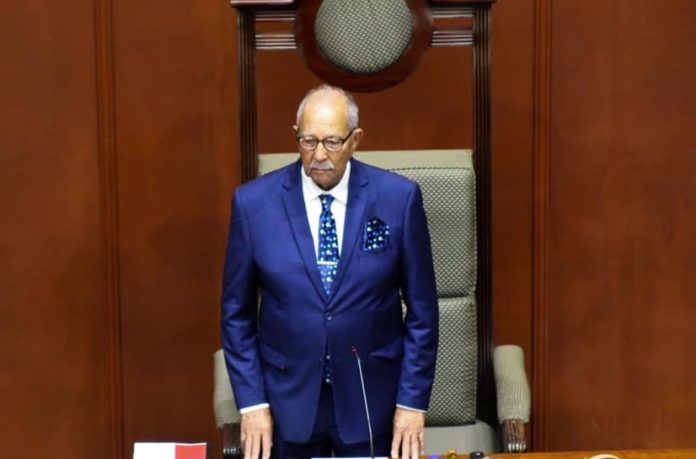 Speaker of the House Sir Gerald Watt has invited Member of Parliament for St. Peter Asot Michael back to parliament.

The invitation comes days after Sir Gerald threw Michael out over an apparent verbal spat outside the parliamentary chamber.

Earlier today, after explaining what led to his decision, Sir Gerald publicly invited the MP to rejoin the session.

But Sir Gerald warned he would be monitoring his behaviour.

“He is welcome to come back, I have already invited him to come back to speak with me but he has failed to do so because he doesn’t attend parliament in the morning for whatever reason,” the Speaker said.

Sir Gerald’s decision comes after Michael sent him a letter over the weekend explaining he had erred.