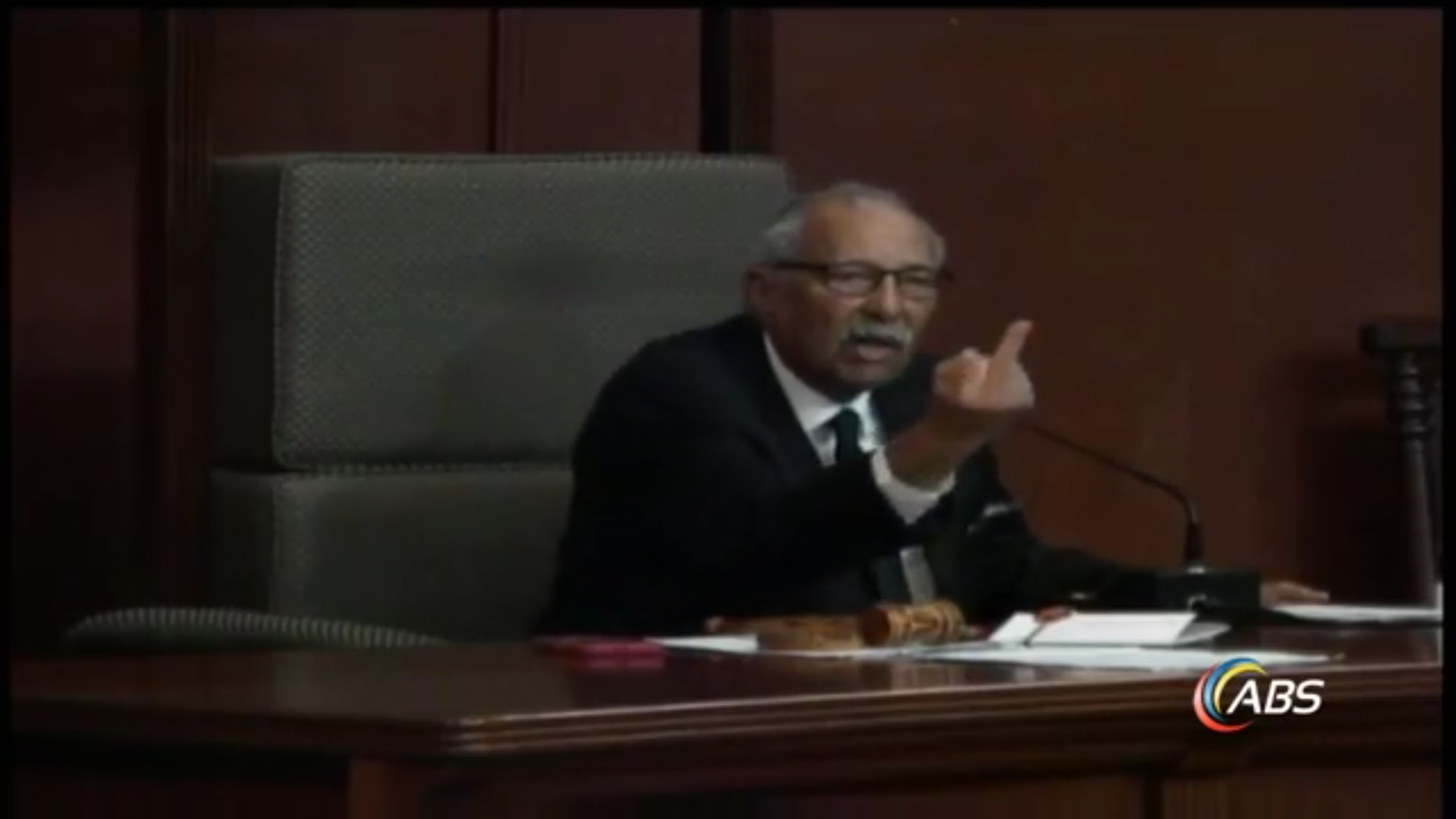 House Speaker Sir Gerald Watt is alleging that former speaker D. Giselle Isaac used an expletive gesture in the House of Assembly last week and gave the middle finger to demonstrate what he says she did.

Sir Gerald gave the middle finger earlier today during a live broadcast of the Lower House in which he spent time berating his predecessor for what he said was her criticism of him.

The speaker said what he saw exhibited by Isaac during last week’s debate on the Barbuda Land Act was “nothing less than hooliganism”.

He accused her of heckling “constantly” and added, “you heard her mouth going, sucking her teeth, speaking loudly enough so that everybody in parliament could hear; it could even come over the microphone.”

“It was a disgraceful exhibition by somebody who holds themselves up as being elitist and highty-tighty”, he added.

Sir Gerald went further to demonstrate what he said the former speaker did by flipping his middle finger. “If that wasn’t enough…she stuck her finger, she gave the Prime Minister the finger in Parliament, during Parliament.”

The middle finger is commonly used to indicate extreme displeasure at another’s words/actions.

The British use a backwards peace sign (the first two fingers spread apart, while the others make a fist, with the back of the hand towards the offender).

The middle finger derives from the proctological practice of sticking up a male patient’s butt to check the prostate.

Literally, it means, “Stick it up your as*.”

The speaker ended his criticism of his predecessor saying, “you can put lipstick and weave on a pig, it’s still a hog”.