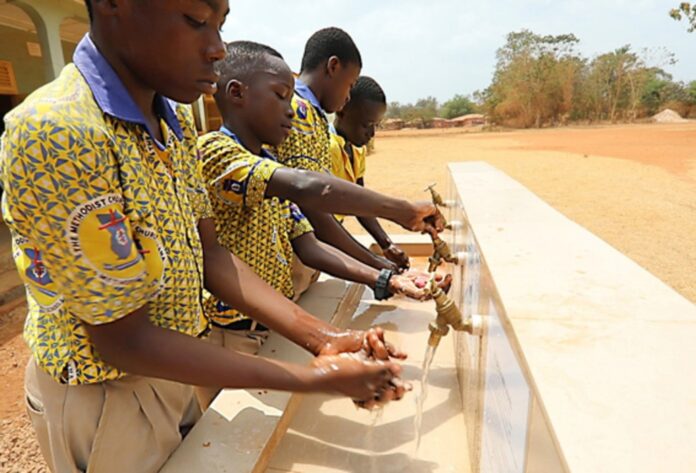 Covid infections in South Africa have tripled in a week, according to official figures that lay bare Omicron’s continued sweep across the country.

The National Institute For Communicable Diseases reported another 13,147 cases in the last 24 hours, compared to 4,373 last Tuesday.

The figure is also 15 times the 868 recorded on the same day a fortnight ago, which was a day before the super-mutant variant was officially detected.

Today’s infection toll is twice as high as yesterday’s, but that was down to a blip in the number of tests carried out over the weekend.

The positivity rate, the number of swabs that come back positive, has stayed at the same level of around 25 per cent.

Meanwhile, another 27 deaths were recorded, a 29 per cent week-on-week increase.

It comes as Boris Johnson today said Omicron appears ‘more transmissible’ than Delta, even though evidence suggests it may be more mild.

And top epidemiologist Professor Tim Spector, from King’s College London, claimed cases of the highly-evolved variant were doubling in the UK every two days, faster than initially feared.

Scientists have warned the new super strain could become dominant in the UK in a matter of weeks and estimated the variant makes up almost two per cent of all new infections, equating to 1,000 people every day.

It is unclear what impact the strain will have on severe illness, hospitalisations and deaths. Doctors on the ground are so far reporting that cases have been mild.

But experts fear the variant’s extensive mutations, making it more transmissible, will pile pressure on the NHS because of the sheer number of people who will get ill.

South Africa’s cases have skyrocketed since Omicron was first discovered, with around a quarter of all those tested in the last six days being infected with the virus.

For comparison, the UK’s positivity rate on December 1 was 4.3 per cent — with 1.2million tests conducted and more than 51,000 testing positive.

The vast majority of cases in South Africa remain concentrated in the Gauteng province, the epicentre of the outbreak, where 8,445 infections were recorded.

Cases are growing fastest in Easter Cape, where infections have soared 717.1 per cent in the last week and KwaZulu-Natal, where the week-on-week rise is 659 per cent.

Real-world data suggests the highly-evolved variant is three-and-a-half times more likely to infect people than Delta because of its combination of vaccine resistance, increased infectiousness and antibody escape.

Meanwhile, 27 deaths were recorded — an increase of 28.6 per cent compared to last Tuesday’s figure.

The data comes after Mr Johnson told ministers at a Cabinet meeting today that it was too early to tell if Omicron does indeed spread easier than Delta but admitted the preliminary data pointed in that direction.

Ministers have publicly ruled out resorting to No10’s Plan B strategy of working from home and vaccine passports, despite grim warnings about the threat of facing Britain in the coming weeks.

But Mr Johnson’s official spokesman today dangled the possibility of another festive lockdown, insisting the Government would act ‘swiftly’ if needed.

Despite cases continuing to tick upwards, hospital admissions are flat (up 0.7 per cent on last week) but are expected to rise in the coming days in line with infections. Deaths appear to already be trickling upwards, jumping 13.2 per cent to 180.

Experts have warned that if Omicron can infect far more people then it could cause a larger surge in admissions, even if only a small percentage need to be hospitalised.