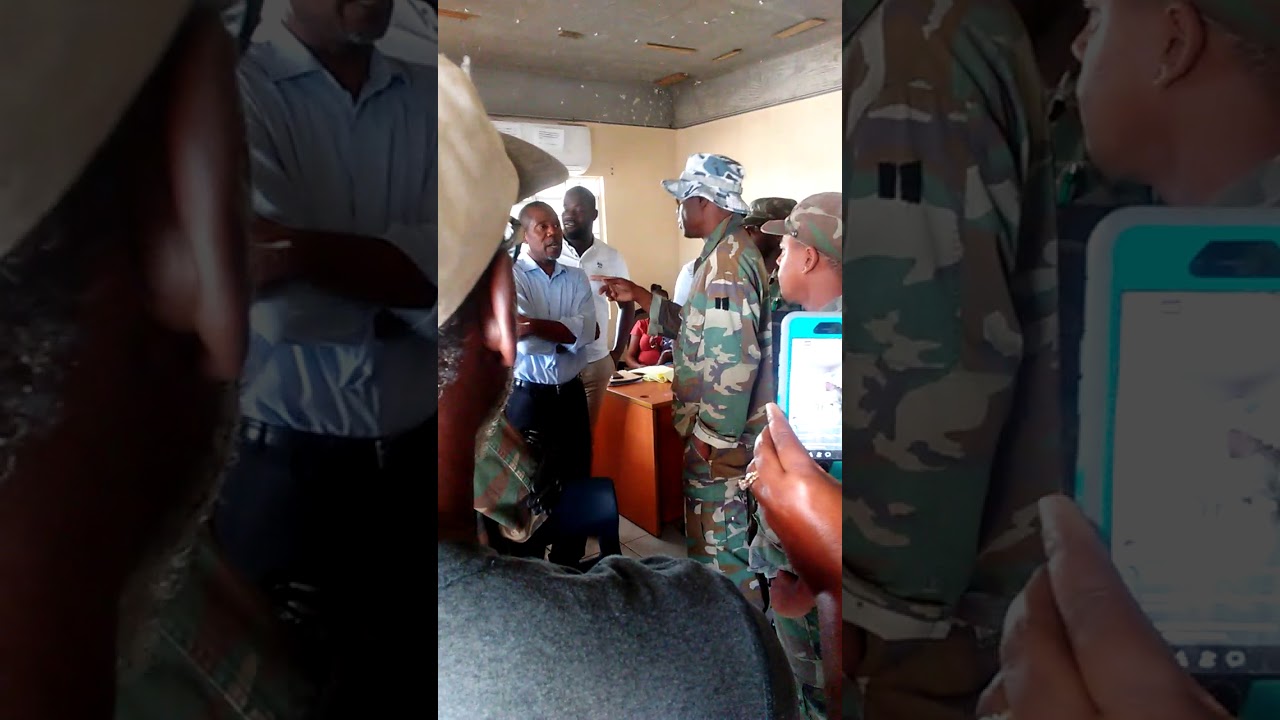 Members of the Barbuda Peoples Movement were denied access to the Council Building today resulting in a standoff with members the military.

McChesney George High School Principal John Mussington says the fracas occurred after Trevor Walker and other members of the BMP were denied access to the meeting room by an employee of NODS.

“And she began to argue with members of the council. And we suspect that she called the military and the police who came down in numbers,” he added.

Mussignton said that as the military and police arrived, that they got into the building and that a senior soldier in charge of the officers threatened a member of the council by saying, “if you do do not move by will, you will be removed by force.”

“When we heard that, we went into the building and said we said no no no… we have elected these persons and we are not going to allow you to manhandle these persons and remove them from their place of work without any authority.”

The meeting was held later after an agreement with NODS and members of the defense force.

Subsequently, an agreement was made that the Barbudans occupying the building would leave if the soldiers also leave and the senior member of the force could stay inside with the members of council allowing them to hold their discussion.

Head of the National Office of Disaster Services (NODS) operations in Barbuda Major Orlando Michael is presently at the council meeting along with the BPM faction of the council.