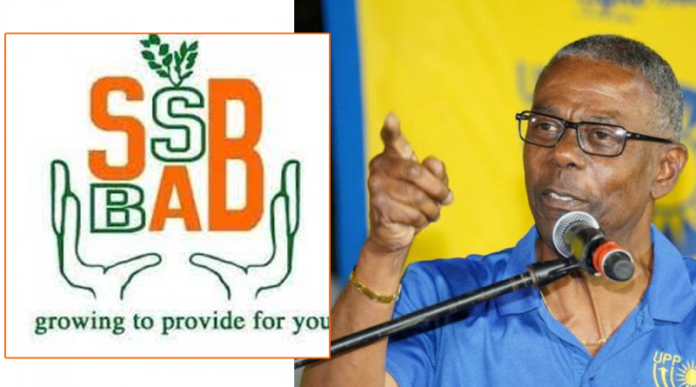 Harold Lovell, Political Leader of the United Progressive Party (UPP), has reiterated his position that the Social Security Scheme requires “raw cash” to put it on a proper financial footing. CLICK HERE TO JOIN OUR WHATSAPP GROUP.

Further, he says that transferring ownership of the former US Air Station Base to reduce Government’s bond obligation is unconscionable.

Lovell, a former Minister of Finance in the Spencer Administration, says this arrangement by the Gaston Browne Administration is not the way the bond is supposed to work.

He says, as well, that the current Administration’s claims that it has paid down the bond are lies.

With all the money the Browne Administration has collected during its nine-year tenure, Lovell says it should have paid on the bond, thereby topping up the Scheme’s coffers and ensuring that beneficiaries, including pensioners, are paid in a timely manner.

Once returned to office, Lovell pledges, a UPP Administration will seriously address this issue.

Lovell explains that the 2010 agreement between the Government and Social Security was for a 30-year bond, with the first 20 years requiring payment on the interest only.

However, he points out that the UPP made an advance payment of $30 million toward reducing the principal, bringing it down to $300 million.

In addition, Lovell says, the Baldwin Spencer Administration honoured the interest payments and serviced its contributions.

Meanwhile, David Matthias, Director of the Social Security Scheme, says the US Air Station is generating some income for the Scheme on a monthly basis – although not at the level the Scheme would like.

However, he says that plans are in the pipeline to get other parts of the property rented, with the hope of bringing in $1 million every month to cover the Scheme’s recurrent shortfall of about $750,000. — REAL News

ABS employee had a mental health break-down in the station’s parking...