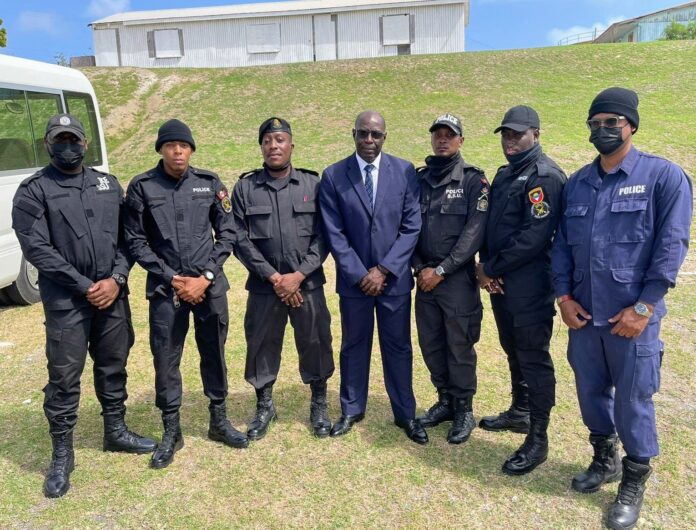 A six-member team of police officers from the Royal Police Force of Antigua and Barbuda departed Antigua on Sunday July 17 to join their counterparts in St. Lucia to assist in restoring law and order.

The exercise is in keeping with the mandate of RSS to provide the necessary security assistance to its member states within the region; in this case St. Lucia, as they are currently experiencing a rapid increase in violent crimes.

The Government of Antigua and Barbuda responded to the needs of the Government of St. Lucia in positive manner, and as a result, the contingent of officers will be part of the RSS operation for a period of 3 weeks in the first instance.

The Hon Prime Minister Gaston Browne and the Hon. Attorney General and minister of Public Safety, commended the officers for their committment and readiness to lend support to our regional partners.

They also extend best wishes to the team.

Commissioner Rodney was at the airport with the officers as they were preparing depart. He thanked the men for selflessly answering the call to duty and their commitment to service at this critical time.

He further admonished the team to be professionals and remain disciplined in whatever they set out to do.

The team, led by Sergeant Clint Spencer was highly motivated and in good spirit as they departed the country.