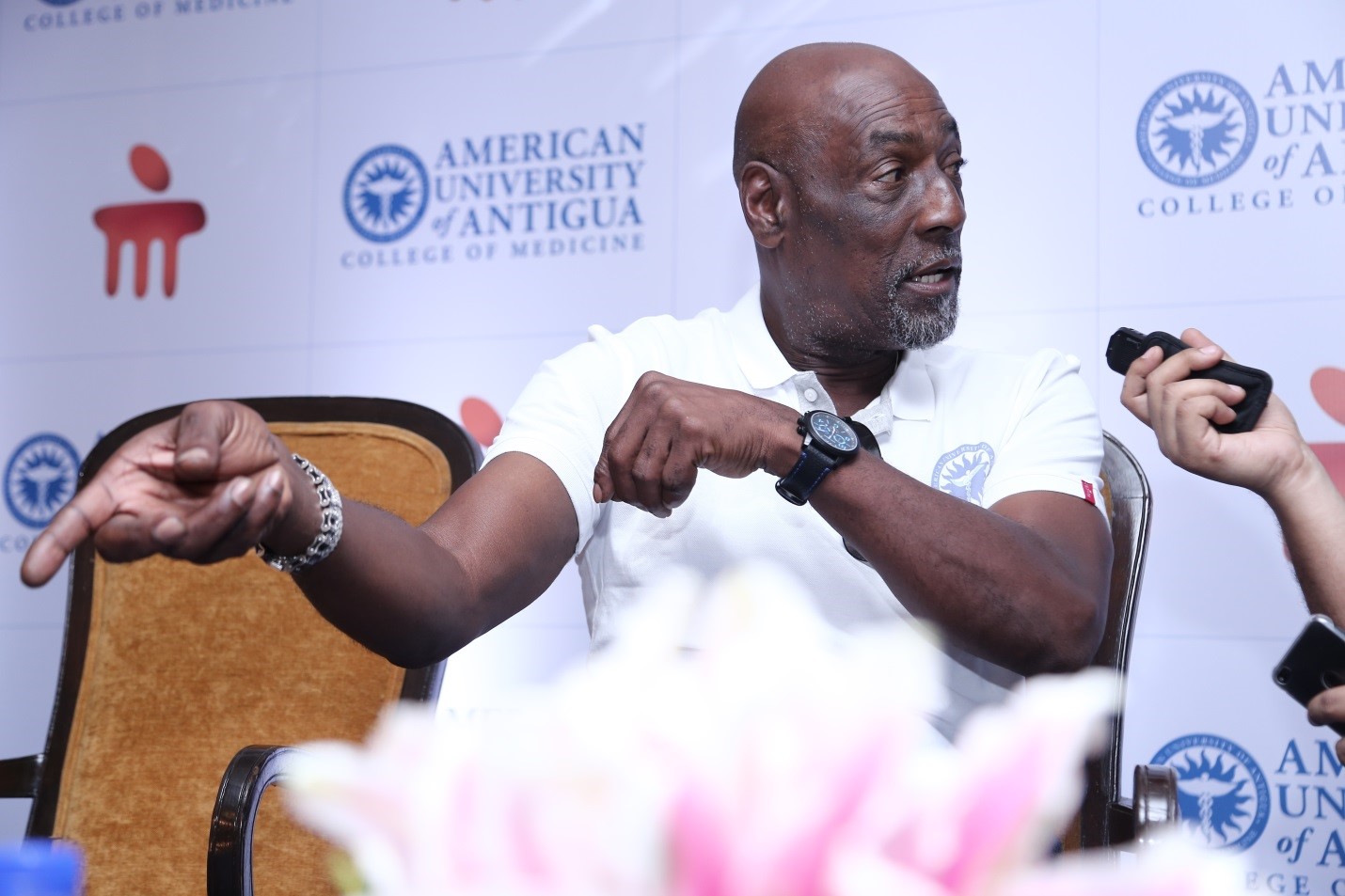 Last month Skerritt announced his intention to challenge current CWI president Dave Cameron in the upcoming elections slated to be held in Jamaica on March 24.

In a press statement, Sir Viv, who is widely regarded as one of the West Indies’ best ever captains and batsmen, threw his full support behind Skerritt and Dr Shallow.

“This is an excellent opportunity for me to have an input as a past West Indies captain and also from the representation that Leewards would have given to West Indies cricket. If we are now looking to make a choice for a new president, I also believe we have people in that particular department in Mr Ricky Skerritt who could bring some respectability back to the particular position,” Sir Viv said.

“I honestly believe the time is right now for someone like Mr Skerritt, who I think is well respected in that particular fraternity to help make a difference in the future.”

Sir Viv said it was important for past West Indies players to speak up, especially on pertinent issues such as elections.

“Why I am saying this is because we as past players who would have put our bodies on the line, we would have certainly represented West Indies 100 per cent [and] it’s a great opportunity for us to show that we are not insular. I hear people speaking about us being insular at times, this is a great opportunity to show that we are not in terms of the transparency with regards to West Indies cricket and its leadership,” Sir Viv maintained.

“If we speak to the legends who would have had a huge impact in making West Indies cricket become such a huge brand, we did not do this to make West Indies cricket at present an ATM machine. I don’t think so. We should not lose this opportunity in trying to get Mr Skerritt [elected] or giving him the opportunity to lead. I believe he will do a magnificent job.”

In his response, Skerritt said he was honoured to have someone of Sir Viv’s ilk support his presidential bid.

“I’m humbled by Sir Viv’s endorsement and it has inspired me, even more, to give my all for West Indies cricket,” he said.