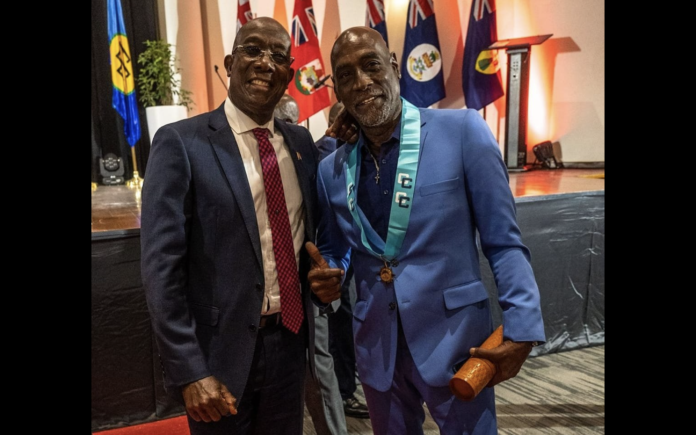 Sir Vivian Richards is one of the recipients of the Order of the Caribbean Community (OCC) which was bestowed at the 43rd Regular Meeting of the CARICOM Heads of Government.

On Sunday 3 July, Sir Viv was among four CARICOM nationals  conferred with the Order of the Caribbean Community (OCC), at the opening ceremony of the Forty-Third Regular Meeting of the Conference of Heads of Government of CARICOM, in Paramaribo, Suriname.

They will join a cadre of distinguished persons who are honoured for making outstanding contributions to the development of the Community. The award is given to “Caribbean nationals whose legacy in the economic, political, social and cultural metamorphoses of Caribbean society is phenomenal.”

Over the years, the list has expanded to encompass a range of other persons including  former Heads of Government, sports personalities, regional creatives, representatives of the legal fraternity, members of academia, economists, members of the medical profession.

On Sunday, the awardees will receive an 18-carat gold medallion with a specially designed ribbon to be worn around the neck. The recipients will also receive a smaller version of the insignia in the form of a lapel pin, and a scroll detailing their outstanding achievements. OCC recipients are bestowed the title ‘Honourable’, along with the suffix OCC following their names. In addition, they can work and acquire property in any Member State. OCC recipients, their spouses and children under the age of 18, also receive special travel documents designed to facilitate travel in the Region.

Guyanese Stanhope Williams submitted the winning design for the insignia of the Order of the Caribbean Community.

The design represents the sun, bursting forth in all its golden splendour. T

he sun also represents the distinguished persons who receive the honour.

At the centre of the design are the interlocking Cs, the logo of the Caribbean Community.

The rainbow above the upper interlocking C represents the mixture of races in our Community and the natural beauty and colourful nature of our Region.

Below the interlocking Cs are two wavy bands which represent the Caribbean Sea and the Atlantic Ocean, one or both of which wash the shores of our Member States. 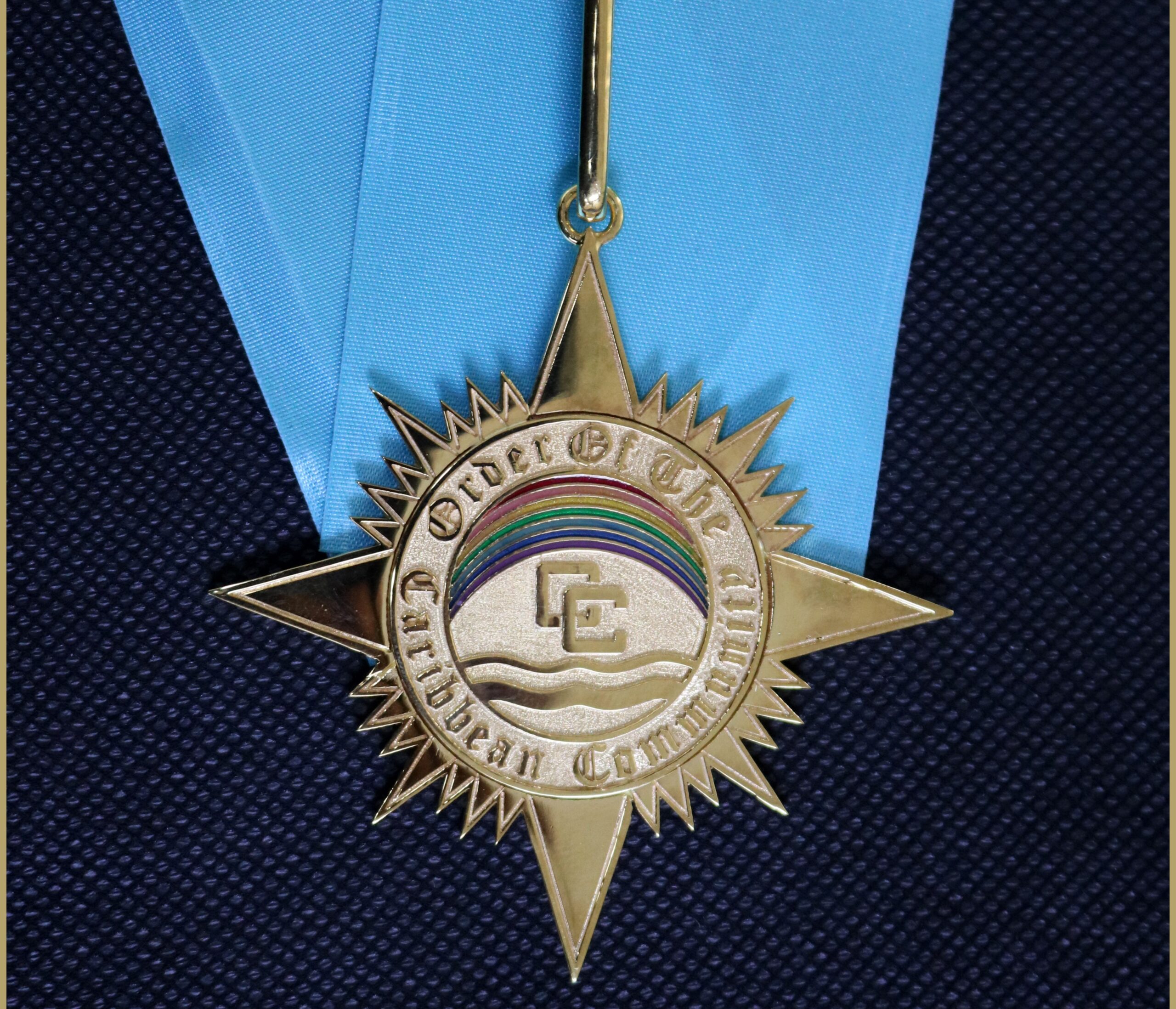