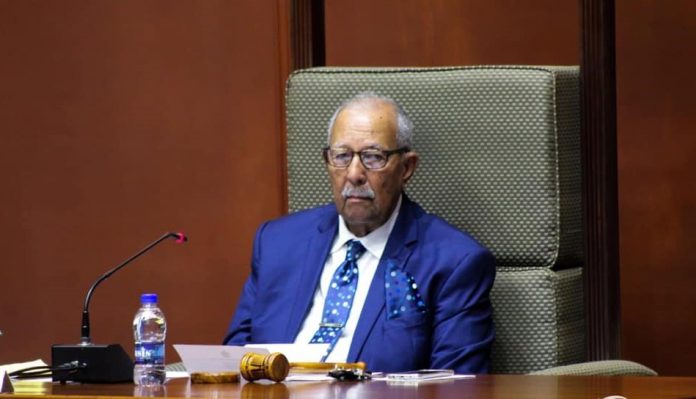 Sir Gerald Watt has hinted that a possible defamation lawsuit could be coming for Observer Radio host Dane Knight on behalf of Prime Minister Gaston Browne.

Lawyers for the Prime Minister have already filed and served defamation proceedings against Alister Thomas.

The firm, Watt, Dorsett, Hewlett Law, made the announcement in a news release earlier this month saying the filing was done on Feb. 2.

The firm alleges that Thomas made false allegations and defamatory statements against Browne on the radio programme Observer AM, hosted by Daren Matthew-Ward on Sept. 22, 2020.

The law firm said the statements were then repeated by Thomas on the  Snake Pit programme hosted by Knight.

Sir Gerald said: “Last week we had an acknowledgment of service from attorney-at-law Mr. Bowen, who is representing Mr. Thomas.

“Of course, there is no defence filed yet, we have filed a full statement of claim and he has simply acknowledged that he will be defending. We are waiting to hear what the defendant’s defence will be.

“There was no problem with Mr. Ward or Observer Radio because is what is called an innocent dissemination under the new defamation laws.

However, following that, he went on to Observer Radio the Snake Pit with one Dane Knight and he made the very same pernicious statements and we have instructions to examine exactly what he said and … if they are defamatory, we should proceed against Mr. Thomas [and] Dane Knight because Dane Knight, we are advised, was egging him on and egging him on, which means it was not innocent dissemination.”