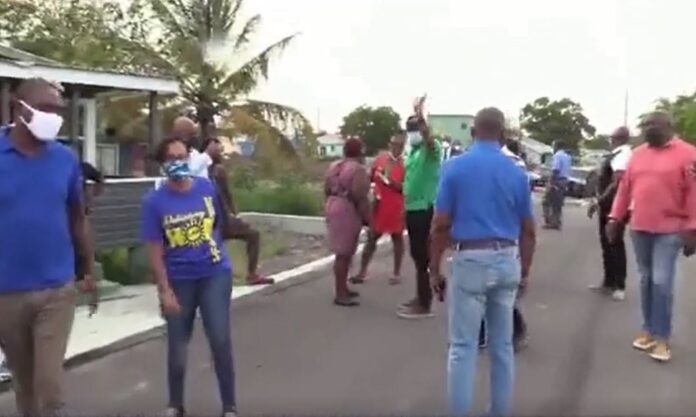 This is what happened in City East as MP Melford Nicholas took Prime Minister Gaston Browne on a tour earlier today.

He revealed the works which are taking place to fix the gutters, drains, and road surfaces that are being rebuilt.

The repairs were long promised by a previous representative of the Constituency, during a ten-year period. Nothing was done.

The current Member showed the Head of Government the progress made, even in these Covid-19 times.

In response to the fracas, Browne said he would not be intimidated by losers.

He said Lovell will be defeated at the next general election and sent into retirement.