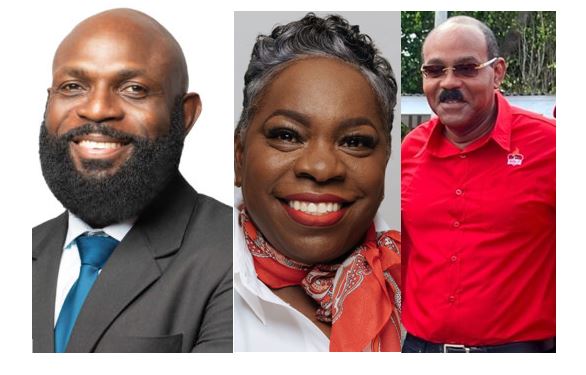 It appears that the courts could be used in addition to the polls to fight the upcoming general election as another legal action looms.

Simon – who holds a position in the Ministry of Education as a professional guidance counsellor – has come under fire from the ABLP for being nominated while working as a civil servant.

Within hours of his official nomination, a letter sent to the Electoral Commission by law firm Marshall and Company pointed out that being a civil servant disqualifies a person from becoming a member of the House of Representatives under the Civil Service Act.

It claims Simon was not duly nominated, despite the fact he would only become an official member of the House after being elected.

Simon and the UPP hit back by saying there is no such restriction on being nominated, and accused the government of a “smear campaign” to deter people from voting for him.

“Already papers are being prepared so that in the unlikely event he was to win, those papers will be filed the following day. So, in effect, the UPP has basically forfeited a seat,” PM Browne said.

However, Simon told Observer, “We expected the Labour party to come with that. It’s something that we discussed. We are not worried; it’s just a smear campaign in my opinion. They are good at that.

“They know that they are going to lose that seat so they are trying everything to throw mud at me so that it can look as if people are going to be wasting their vote or whatever they want to call it, but we know we are rightfully within our legal rights and we are doing everything that is right.

“We are not worried at all, one bit or the other.”

Simon added that he will tender his resignation from the Ministry of Education imminently.

The UPP is also adamant that Simon can legitimately run for the seat. In a release last week, the UPP outlined that Simon was legally nominated pointing to Section. 39. 1. of the country’s Constitution which states:

The party drew attention to the word “elected,” noting that there is no prohibition on nomination.

The UPP also acknowledged the Civil Service Rule which states that a public servant cannot run for elections unless he first resigns from the service.

However, the party holds that this section is unconstitutional.

The Prime Minister’s threats of possible legal action came a day after newly nominated independent candidate Asot Michael threatened to go to the courts and hold persons in contempt of court after Rawdon Turner was officially nominated as the ABLP’s candidate for St Peter.

Incumbent St Peter MP Michael, who has a long-standing affiliation with the party prior to a major fallout, claims the ABLP contravened its own constitution.