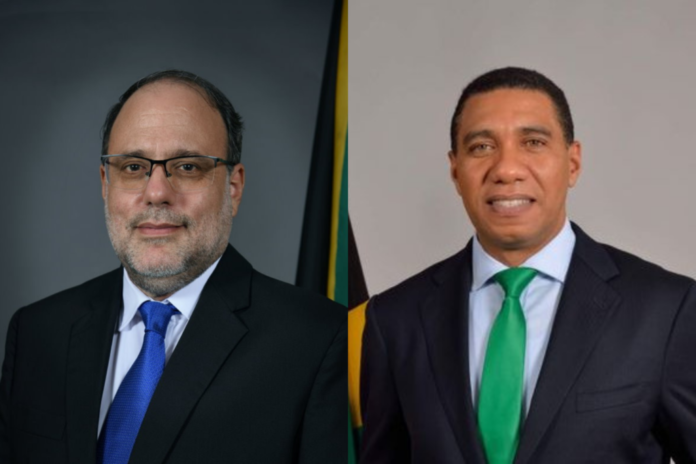 During my daily review of regional and international media on Sunday September 5th, I was (pleasantly) alarmed by reports of  a meeting between  PM Holness and Opposition Leader Golding. Reports are that, the men met to discuss Jamaica’s COVID vaccination strategy.

Most importantly, following the meeting, Mark Golding is reported to have published a statement, pledging to continue his party’s effort in support of the national vaccination programme. So, Jamaica’s COVID prevention and control effort is no longer seen as a “government thing” but a national undertaking. In a show of mature statesmanship, and astute political leadership, both Government and opposition, signalled their willingness to share responsibility for the success or failure of the effort.

The reported meeting between Holness and Golding,  represented a breath of fresh air, for the singular reason, that the Jamaican Government and opposition were able to put aside, partisan interests and manners, to discuss a most pressing national priority.

When political interests converge, there is a tendency for most (if not all) civil interests to follow their example, because:

The Jamaican PM and Leader of the Opposition must be commended for taking the united stance against COVID and in favour of national unity in their country’s   fight against the deadly virus.

Certainly, there are many opportunities for governments and opposition to blame the other, when the enemy is a deadly virus, which is transported around the World by human beings. That Holness and Golding, can resist the temptations to “play the “blame game” is admirable statesmanship and an example of advanced state-craft.

Walk good, and ensure that all members of your family get vaccinated, when the opportunity presents it self.

Authorized for publication without changes or modifications- All rights reserved