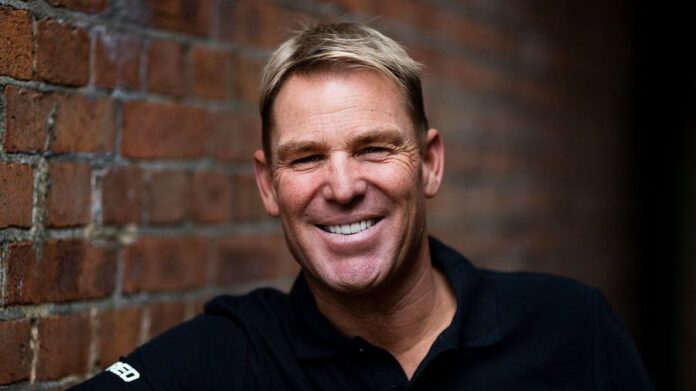 ESPNCRIC INFO: Shane Warne, one of cricket’s all-time greats, has died of a suspected heart attack at the age of 52 in Koh Samui, Thailand, while on holiday.

Warne, who was named one of Wisden’s Five Cricketers of the Century, claimed 708 Test wickets in a 15-year career for Australia between 1992 and 2007, and was also an ODI World Cup winner in 1999.

According to his manager Michael Cohen, he died of a suspected heart attack.

“Shane was found unresponsive in his villa and despite the best efforts of medical staff, he could not be revived,” Cohen’s statement read. “The family requests privacy at this time and will provide further details in due course.”

The shocking news comes hours after the death of another icon of Australian cricket, former wicketkeeper Rod Marsh, who also suffered a heart attack earlier this week at the age of 74.

“Warney”, as he was known throughout the cricketing world, was without question one of the true icons of world cricket, a man who almost singlehandedly revived the art of legspin in the early 1990s.

Although luminaries such as Pakistan’s Abdul Qadir had kept the art alive, Warne brought a new glamour and attacking intent to legspin, with his bottle-blond hair allied to a keen tactical brain that he used to outfox a host of unwitting opponents in his pomp.

After an underwhelming debut against India in January 1992, where his solitary wicket came at a cost of 150 runs, Warne hinted at his full potential in bowling Australia to an unlikely victory over Sri Lanka in Colombo, before – in his fifth appearance – he ripped out seven match-winning second-innings wickets against West Indies at his home ground of Melbourne in the 1992-93 Boxing Day Test.

Shane Warne’s ball of the century

However, it was the 1993 Ashes tour that truly cemented Warne’s legend. In the opening match of the series at Old Trafford, and having been shielded from England’s batters during the preceding one-day series, Warne’s first delivery left the sport dumbfounded as he served up the so-called “ball of the century” to Mike Gatting – a drifting, dipping, spitting legbreak, that turned a full two feet from outside leg to hit the top of off.

Gatting was so confused, he did not initially realise he had been bowled – and in that moment, Warne exerted a hold over England’s batters that was so absolute, they would not come close to reclaiming the Ashes for another 12 years. And even when they did, in the seismic summer of 2005, Warne’s fingers were the last to be prised from the urn, as he carried Australia’s attack with a career-best haul of 40 wickets.

Away from the cricket field, Warne could not help but court controversy. He was rarely far from the front pages of the tabloids amid a string of revelations about his personal life. In 1995, both he and his then team-mate Mark Waugh were fined for giving information to an Indian bookmaker during the previous year’s tour of Sri Lanka.

In 2003, on the eve of that year’s 50-over World Cup, Warne was suspended from international cricket for a year after a banned diuretic was found during a routine drugs test – he claimed it had been given to him by his mother to help him lose weight.

However, though that setback might have ended lesser careers, the year away from the game arguably gave Warne an extra lease of life going into his mid-30s. He returned to action with four five-wicket hauls in a row to lead Australia to a memorable 3-0 series win in Sri Lanka in March 2004, and then played a quietly crucial role in their subsequent “final frontier” victory in India.

He retired from international cricket with typical showmanship in the 2006-07 Ashes, leaving the field arm-in-arm with his long-term bowling ally Glenn McGrath – a fellow great in one of the all-time great Test teams – after reclaiming the Ashes with a 5-0 whitewash (the first that Australia had inflicted on England since 1920-21).

Even at the age of 37, the Warne legend was not done. In 2008, he was recruited by Rajasthan Royals to captain their franchise in the inaugural season of the Indian Premier League (IPL), and duly delivered the title with 19 wickets at 21.26 in the course of the campaign. Though he went wicketless in the final against Chennai Super Kings, he couldn’t be kept out of the action, as he and Sohail Tanvir sealed the victory with the bat in a thrilling final-over finish.

Prior to his IPL involvement, Warne had spent eight years (2000-2008) in county cricket with Hampshire, after being recruited as captain by his friend and England rival, Robin Smith. He claimed 276 first-class wickets at 25.59 in his time at the club, and later had a stand at the Ageas Bowl named after him.

In retirement, Warne became a trenchant commentator, primarily for Fox Sports in Australia – ever insightful on tactical matters, if at times a touch bombastic. He also dabbled in professional poker, a card game that he said replicated the sort of mind-games that he had revelled in during his playing days. He became a fixture at the Aussie Millions in Melbourne and at the World Series of Poker in Las Vegas, where in 2009, his deep run into the tournament meant that he arrived late for his commentary duties at that summer’s Ashes.

Tributes to Warne have poured in from the cricket world, from team-mates and rivals alike. Brian Lara, arguably the greatest batter to have faced Warne in his pomp, tweeted an image of a broken heart, adding: “Speechless at the moment. I literally don’t know how to sum up this situation. My friend is gone!! We have lost one of the Greatest Sportsmen of all time!! My condolences goes out to his family. RIP Warnie!! You will be missed.”

Adam Gilchrist, Warne’s team-mate in one of the greatest Test teams of all time, added: “Numb. The highlight of my cricketing career was to keep wicket to Warnie. Best seat in the house to watch the maestro at work. Have often felt a tad selfish, that Heals [Ian Healy] and I pretty much exclusively are the only ones who had that thrill and pleasure at Test level. Rip Warnie.”