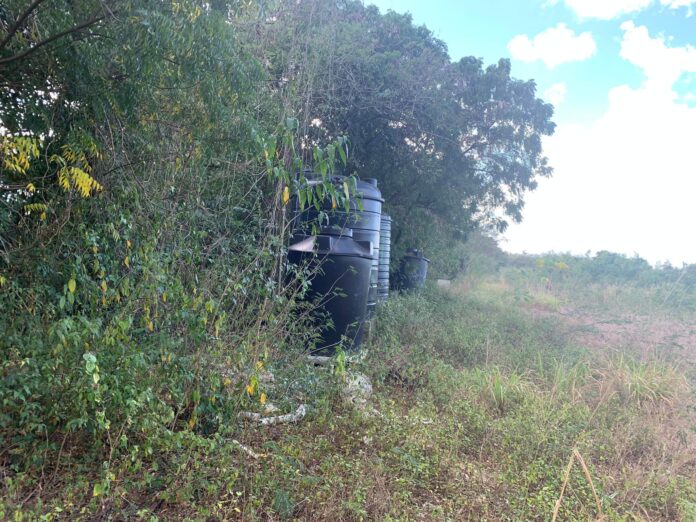 Algernon “Serpent” Watts, the United Progressive Party Candidate for St. George, is responding to Minister of Agriculture Samantha Marshall about the condition of his farm.

During debate on the 2022 budget last week, Marshall presented photographs, which which she claims she took herself, of what she says is Watts’ farm.

Some of the photos showed overgrown shrubbery, while others showed garbage dumped at a certain location.

Responding during his Snake Pit programme on Saturday, February 12, Watts said that he has not tilled the land for about a year, since 2021.

He explained that, upon becoming the Candidate for St. George, he was told that he should ready himself for general elections, which the Party believed would have been called by the end of last year.

In order to make up ground in St. George, and recapture the 600 votes the Party lost in the 2018 general elections, Watts says he had to dedicate his time to the constituency and meet with its people.

He says that his farming pursuits have been put on pause as he waits to ramp up campaigning for the upcoming elections.

Additionally, Watts says that allowing farm lands to rest and rejuvenate is widely known and practiced among the farming community.

Meanwhile, Watts, who was well known for producing quality cantaloupe and butternut squash, says he had to go to the Antigua Public Utilities Authority on a daily basis to purchase water — which was not sustainable as a farmer.

As the Minister of Agriculture, Marshall should have done her job and inquired why he was no longer farming — instead of trying to belittle him in Parliament,  Watts adds. REAL NEWS