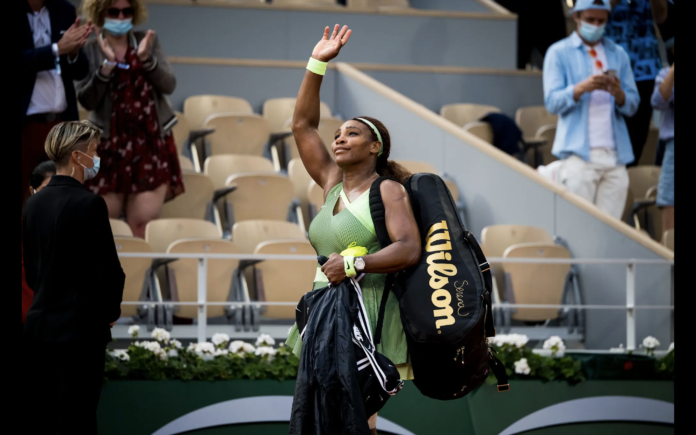 NY TIMES: Serena Williams, the 23-time Grand Slam champion who has been the face of tennis since winning her first U.S. Open in 1999, said in a magazine article published online on Tuesday that she planned to retire from the sport after playing again in the tournament, which begins later this month.

Williams, who long ago transcended her sport as a dominant cultural figure, said in an as-told-to cover story for Vogue that she has “never liked the word retirement,” and preferred the word “evolution” to describe her next steps. “I’m evolving away from tennis, toward other things that are important to me,” including working with her venture capital firm and growing her family.

She was not explicit about when she might stop playing, but hinted on Instagram that the U.S. Open could be her last tournament. “The countdown has begun,” she said, adding, “I’m gonna relish these next few weeks.”

Williams said that she and her husband, Alexis Ohanian, planned to have another child.

“In the last year, Alexis and I have been trying to have another child, and we recently got some information from my doctor that put my mind at ease and made me feel that whenever we’re ready, we can add to our family. I definitely don’t want to be pregnant again as an athlete. I need to be two feet into tennis or two feet out.”

Williams, whose last Grand Slam tournament victory came while she was pregnant during the Australian Open in 2017, was eliminated from Wimbledon in June in the first round.

“Unfortunately I wasn’t ready to win Wimbledon this year,” Williams said. “And I don’t know if I will be ready to win New York. But I’m going to try. And the lead-up tournaments will be fun.”

This is a developing story and will be updated.

Serena Williams and Retirement
When Will Federer and the Williams Sisters Call It Quits? Maybe Never.
July 4, 2022
Serena Williams, Closer to the End Than the Middle, Still Believes
June 29, 2022
How a Tennis Nerd Gave Serena and Venus Williams a New Lease on the Game
June 27, 2022

I’d like to thank you for reading The Times and encourage you to support journalism like this by becoming a subscriber. Doing so will give you access to the work of over 1,700 journalists whose mission is to cover the world and make sure you have accurate and impartial information on the most important topics of the day. Consider subscribing.