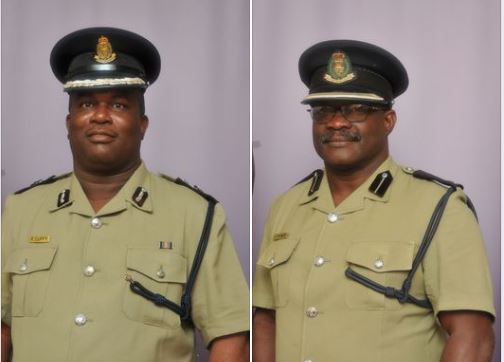 Assistant Commissioner of Police, Roland Cuffy and Superintendent Vivian Parker of the Royal Police Force of Antigua and Barbuda, both recently benefited from four weeks of training in Emotional Intelligence, organized by the Regional Security System Training Institute.

The training was facilitated by Sagicor Cave Hill School of Business and Management, University of the West Indies.

The online training which started on October 19th and ended on 12th November, covered several topics; including, Development of Behaviors, Attitudes and Skills within Law Enforcement, to mention a few.

This is one of the main objectives of the Police Administration, to ensure that every officer within the Police Force receives the highest level of training, to better equip them to perform at their optimum.

Both Cuffy and Parker welcomed the training and said it was quite timely and beneficial to them in their roles and functions within the police force.

Commissioner of Police, Atlee Rodney congratulated the two senior officers and encouraged them to keep the torch within the organization lit, so that others can see the way.