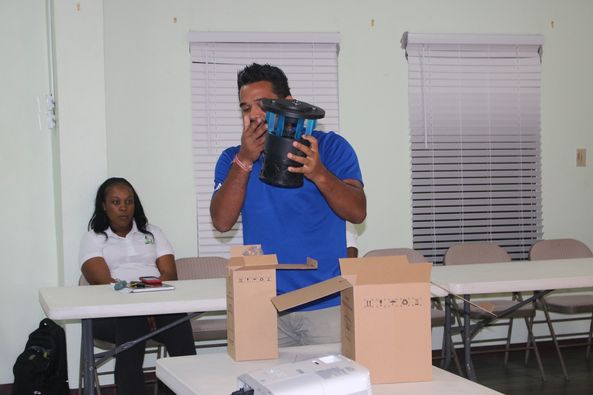 The Department of the Environment says that data collected from its mosquito-trap distribution project will be used to better manage the infestation of these disease-causing insects.

The species of mosquito collected in the traps will be important information, as well, says Senior Environment Officer Daryl George.

According to George, there have been many success stories about the traps, and he has had that experience, personally, with reference to mosquitoes and sandflies.

He notes, however, that the effectiveness of the traps depends on where they are set up.  Those set up in an open space are less likely to reap results compared to those in a quiet dark corner, he points out.

Since the project began in late October, over a dozen people have dropped off their traps – which, reportedly, were full – to the Department.

Traps were also distributed last Thursday, November 24, during a seminar at the Arbour Day celebrations, and persons were also instructed in their set-up, which, George says, is quite easy.