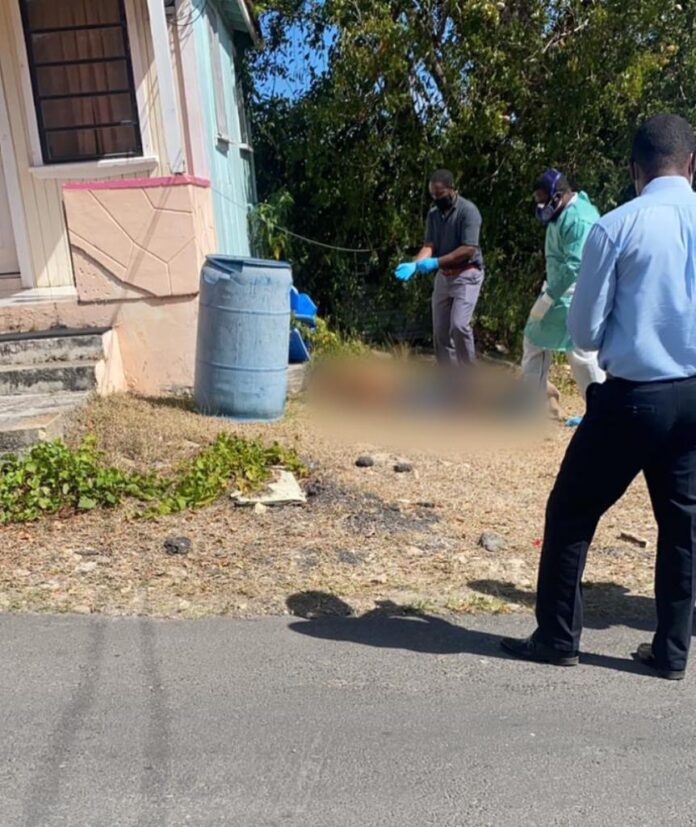 Police are investigating the circumstances surrounding the death of a St Vincent and the Grenadines national whose body was found outside his home at Potters where he has lived since coming here almost two years ago.

The victim has been identified as 23-year old Malco Costa Codougan.

The body was spotted by a passerby who noticed it and summoned the neighbours.

The police have not ruled out foul play and are pursuing all circumstances to determine cause of death.

One of his legs was heavily bandaged and according to the neighbours this was due to an incident during which he was struck by a motor vehicle while at work as a security officer.

Police are continuing their investigations into the circumstances surrounding the death of a 23yr old male of Potters.

He was found unresponsive, lying on the ground outside his home approximately 7:45 am on Wednesday 3rd March.

He was discovered by a passerby, who later called EMS and the Police.

A medical doctor arrived on the scene and pronounced him dead around 10:00 am.

Police say there no signs of foul play; however, further investigations will continu.

A security guard was reportedly found dead in Potters Village this morning.

According to media reports, the man was found unresponsive by villagers.

“I actually was going to touch him to ask him what was wrong, and they tell me the ambulance say not to touch him, and this was, like, minutes to 8”, one villager told state media.

The villager said as the man laid on the ground, she “took up his phone, sanitized the phone, took it up to see if it was unlocked so I could call anybody for him and his phone was locked.”

“The ambulance came after 8, and then the police came,” the woman recalled.

The man, who was later pronounced dead, was reportedly an employee of Hawkeye Security and Surveillance.