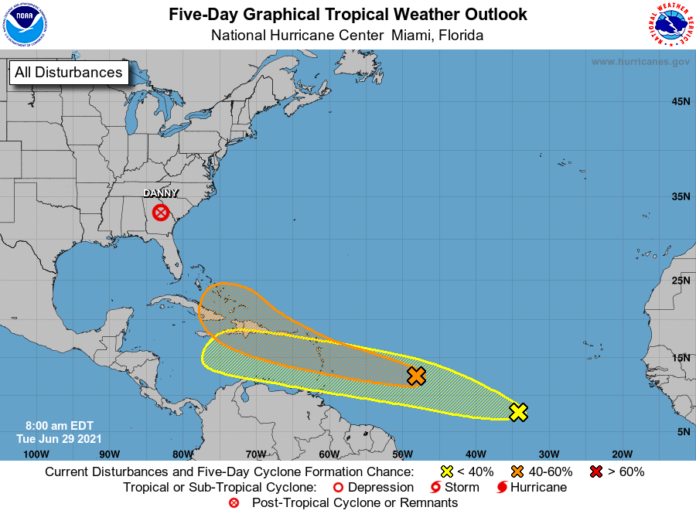 A second Tropical Disturbance has developed between Africa and the Caribbean; it has a 20% or slight chance of formation.

The other disturbance has a 40% chance of formation. The threat level from both is little to none, AT THIS TIME.

Some slow development of this disturbance is possible later this week and this weekend while the system moves westward to west-northwestward at 15 to 20 mph, likely reaching the Lesser Antilles by Wednesday night.

Additional slow development of this system is possible during the next several days as it moves generally west-northwestward at about 20 mph.