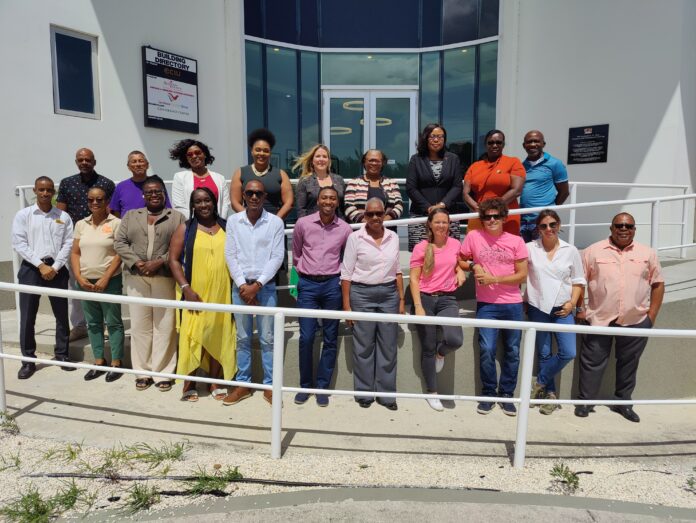 The event is the brainchild of High Commissioner Karen-Mae Hill and seeks to identify, promote and connect trade and investment opportunities for Antiguan and Barbudan businesses in the UK market.

It will be held in the same week as the annual World Travel Market in London and will involve close collaboration with the Antigua and Barbuda Tourism Authority.

Exhibitors from Antigua and Barbuda will have the opportunity to showcase their goods and services at various customised events to include the World Travel Market. They will gain information on the entry requirements for the United Kingdom including exporting, standards, marketing, transportation and logistics as well as explore opportunities under the UK-CARIFORUM Economic Partnership Agreement.

The exhibitors will also interact with UK media and engage in targeted Business to Business (B2B) exchanges that will provide important networking and potential investment opportunities.

The Opening Ceremony will conclude with the London screening of the Environmental Awareness Group’s documentary – “Redonda: The Road to Recovery” which chronicles the restoration and transformation of this Island. The film will also be screened in Leicester, another diaspora hub for Antiguans and Barbudans.

The week will also host the launch of the book by celebrated author Pamela Roberts titled The Adventures of a Black Edwardian Scholar: The Story of James Arthur Harley. It is the compelling story of an Antiguan who studied at Howard, Yale and Oxford Universities in the early 20th century and became a priest and later a Councillor and whose life provides an interesting study on the intersection of race, identity, academics, religion and politics. The foreword to the book was written by High Commissioner Karen-Mae Hill.

“These forums provide an invaluable opportunity to expose Antigua and Barbuda’s entrepreneurs to important opportunities in key markets like the United Kingdom and equally to exhibit Antigua and Barbuda as an attractive destination for British investment. Trade has always been a force for good in the world. It helps to raise living standards and provide economic opportunity and prosperity for our people”, the Minister said.

The Resident British High Commissioner to Antigua and Barbuda, Lindsy Thompson also commended the trade initiative between both nations. She said, “I’d like to congratulate all those involved in making the second UK Business Forum come to life. The British High Commission St John’s and the UK’s Department for International Trade are proud to be able to engage in this important event, particularly on how Antiguan and Barbudan businesses can harness the benefits of the UK/CARIFORUM Economic Partnership Agreement, which is governs trade between our two nations. This event further highlights the close relationship the UK and Antigua and Barbuda enjoys: and one the UK wants to continue to grow. The products of many of the businesses being showcased in the UK in November are enjoyed by not just my family here in Antigua and Barbuda, but guests to our High Commission. I’m thrilled that the UK market will soon be able to enjoy them too.”

Several public and private sector partners have contributed to making the Forum possible. The London Chamber of Commerce and Industry (LCCI) who will be hosting the B2B exchanges at its offices, the law firm Georgiev, Todorov & Co., the Commonwealth Enterprise and Investment Council (CWEIC), the UK Department for International Trade (DIT), Caribbean Export, the Antigua and Barbuda Investment Authority, the Ministry of Foreign Affairs, Immigration and Trade and the Antigua and Barbuda Tourism Authority.

The exhibitors participated in a pre-departure briefing session on Tuesday 11th October jointly developed by the High Commission, the Antigua Barbuda Investment Authority, the Ministry of Trade and the British High Commission St. John’s.