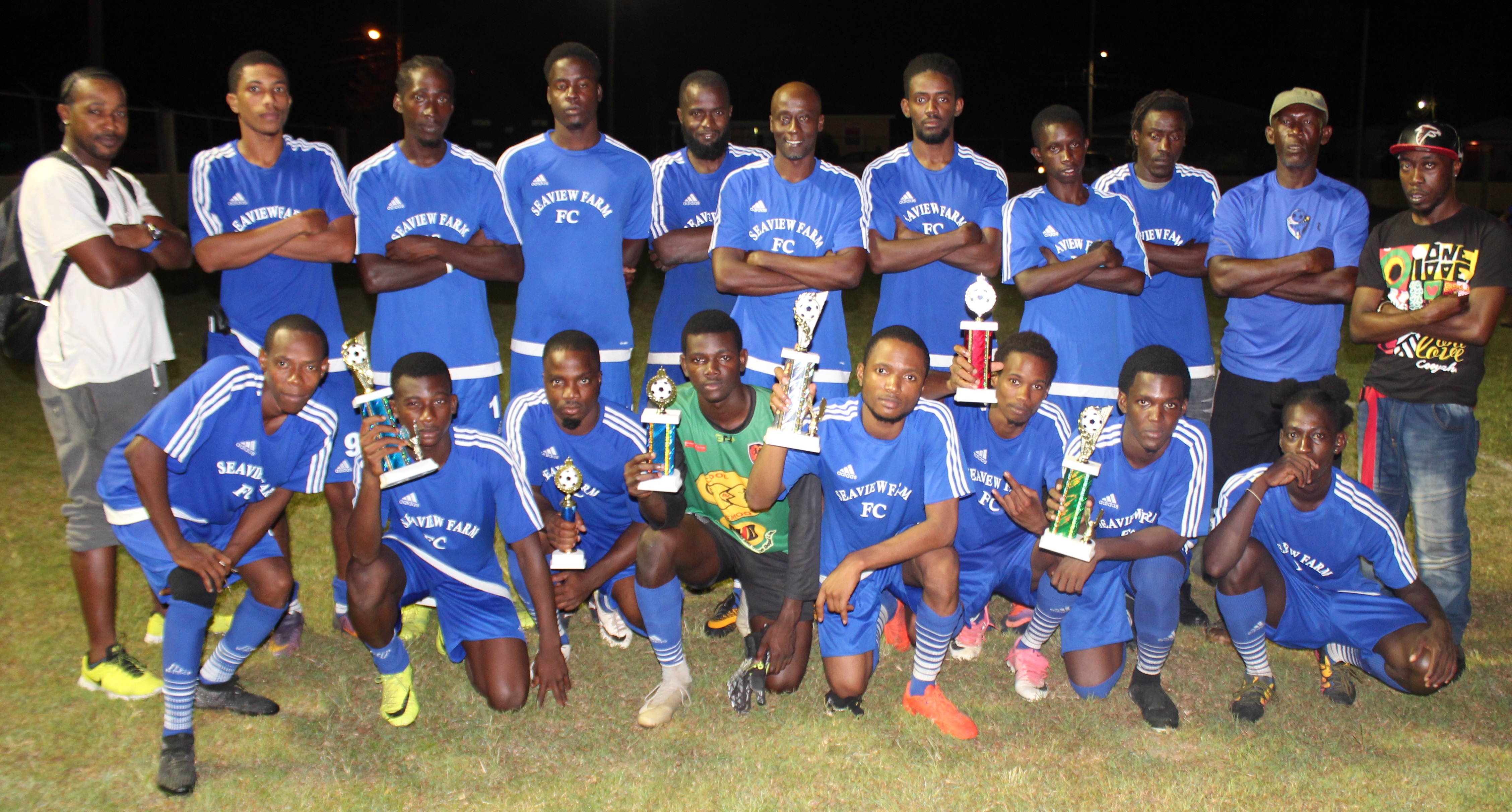 In a tense penalty shoot-out, Sea View Farm held their nerves to defeat All Saints 5-4 to triumph in the finals of the Warriors Cup 2018 on Friday at the Mack Pond Playing Field.

Kenduka Challenger, who shared the Golden Booth award with Sampson after both scored twice in the two-day tournament, Gres Samuel, Carlos Tittle, who won the Best Midfielder prize, and Kenijah Challenger, netted for United.