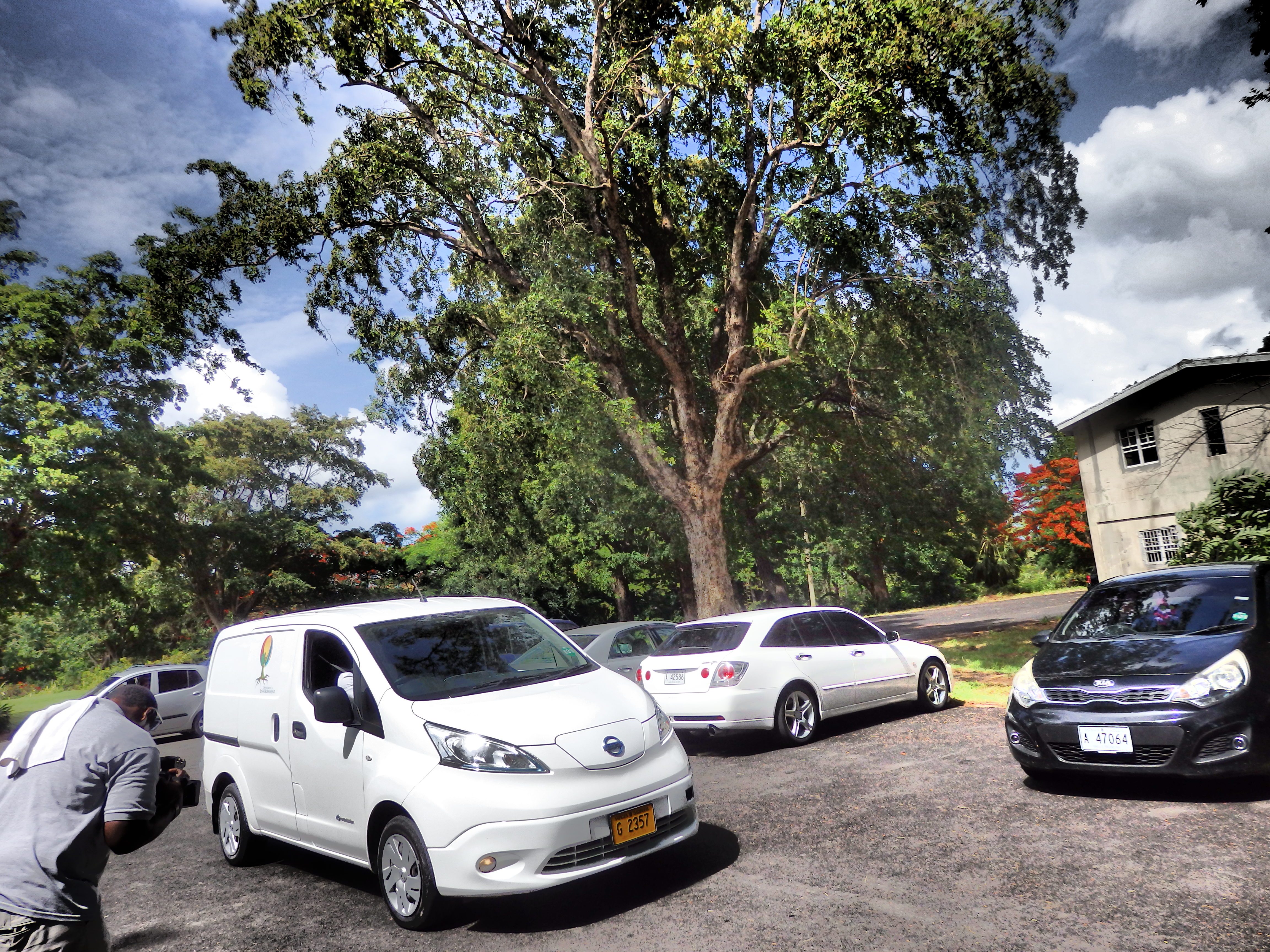 Antigua and Barbuda is taking another bold step in its continued quest to bring about a cleaner and greener nation.

This time the focus is on clean technology in the service transportation sector through Piloting Electric Vehicles starting with school buses and government vehicles.

Addressing participants at an Electric Bus Pilot Project Inception Workshop held at the Department of Environment on Tuesday, July 11th, Minister of Health and the Environment Molwyn Joseph said that Antigua and Barbuda not only stands at the forefront of a movement that recognizes the importance of the environment, but it also seeks to implement innovative policies and programmes that address the issues of the day.

Noting the important initiatives already taken by the government such as the ban on the use of T-shirt plastic bags and the recently launched ban on the importation and eventual use of Styrofoam food service products in the country, Joseph announced that the government intends to go the full course in banning all plastics in Antigua and Barbuda.

According to the Environment Minister, these actions speak volumes about his government’s desire to address waste and pollution problems.

He said the new initiative to now tackle pollution of the air is very important and timely.

“Though our nation is small, we must take the steps necessary to reduce the prevalence of these harmful pollutants and we will, through this project,” said Joseph. “Take a look at one of our greatest emitters of greenhouse gases, the transportation sector.”

At present, Joseph said the transportation sector uses one-third of the fuel imported in Antigua and Barbuda.

He said that other Caribbean countries like Barbados and Grenada have recognized that this dependence upon fossil fuel is not sustainable and have begun to incorporate electric vehicles into their transport sector.

Antigua and Barbuda through this project will be taking similar steps.

“This project will determine the feasibility of converting our school buses to electric vehicles. I look forward to receiving the comparative analyses of the use of electric buses over our regular buses,” the Minister remarked.

He said the project will not only look at school buses but the Department of the Environment will also pilot other vehicles to include a car, van, lorry and minibus,  all with the intention of providing Antiguans and Barbudans with the much need information on the viability of investing in electric vehicles.

“The valuable lessons learned from this project and from the studies conducted will help Antigua and Barbuda meet and exceed our target of establishing efficiency standards for the importation of all vehicles and appliances by 2020. It will allow us to apply for the international funding through the green climate fund to transition our entire bus fleet and our government fleet to electric vehicles. This will have a tremendous transformational impact on our society.”

According to the Environment Minister, when the country signed the Paris Agreement in 2016, it joined over 150 countries in actively combatting climate change through mitigation and adaptation measures.

He said that as a result of the Paris Accord, close collaboration has been forged with developed countries that are interested in seeing the country meet its targets.

He paid gratitude to the Italian Government, the Global Environment Facility (GEF) and the Biennial Update Report (BUR) all of whom supported the Government of Antigua and Barbuda in this initiative.

Minister of Foreign Affairs and International Trade Charles Fernandez said that the impact of climate change and environmental risks on the economy, development, health, infrastructure and agriculture, is an increasing global concern and Antigua and Barbuda has to do its part to reduce the effects.

“Countries, especially Small Island Developing States (SIDS) need to take preventative and remedial action in the face of environmental risks and natural disasters. The task involved calls for extensive, collective efforts at regional and global levels. Antigua and Barbuda as a SIDS nation is well aware of the threats of climate change and has been an advocate of green energy over the past years.”

Ambassador Dianne Black-Layne, Director of the Department of Environment, said the event is important as the government of Antigua and Barbuda is making a serious commitment to cut its carbon emissions.

Although the amount of carbon released into the atmosphere is small compared to larger countries around the world, Black-Layne noted every ton that can be cut is important.

The government in 2015 revealed that there are three main areas of emissions in Antigua and Barbuda- the electricity, transportation and forestry sectors – with waste being a more limited fourth sector.

In all four sectors, the government has enacted policies and launched measures to cut emissions.

According to Black-Layne, “our second largest emission sector is transportation and although the emission is very small, there are benefits of moving towards a different type of transportation. This project is structured around providing a pilot for us to go forward. We have to make a case to the Ministry of Finance for moving towards e-transportation which is electric vehicles and other types of energy efficient vehicles.

“‘So we are basically doing an economic study to demonstrate whether or not we can transition to electric vehicles and if it’s worth our while right now.”

However, the Director of the Environment said that in pursuing such a project, serious consideration must be given to the country’s infrastructure and what will become of the old vehicles when they are no longer in use.

She said the Environment Department will gather all the relevant information and submit a policy for the government to consider and adopt by regulations and legislation.

Apart from working with school buses, the Department is also pursuing a complementary project where it will replace its fleet of vehicles with electric ones.  She said that Minister Joseph and the Ministry will be leading by example by converting to the use of electric vehicles.

“The Minister of the Environment is committed after a few months to give up his Ford Explorer in exchange for an electric vehicle which we are going to order shortly. And many of the projects that we are now focusing on in renewable energy will aim to get the Ministry of Health and the Environment, the parent Ministry involved; we want to lead by example. ‘

She said that the entire Ministry of Health and the Environment will be converted to renewable energy including the hospital and the health clinics.

“So we are hoping that with that transition that we are going to be able to gather lessons learned, look at the economic impacts and once it is positive, we can extend that throughout the entire government service. So we are going, to begin with us and see how that works; we are going to experiment on ourselves,” declared Director Black-Layne

The overall goal is to achieve emissions reductions in the transportation sector in Antigua and Barbuda through the deployment of clean technology.