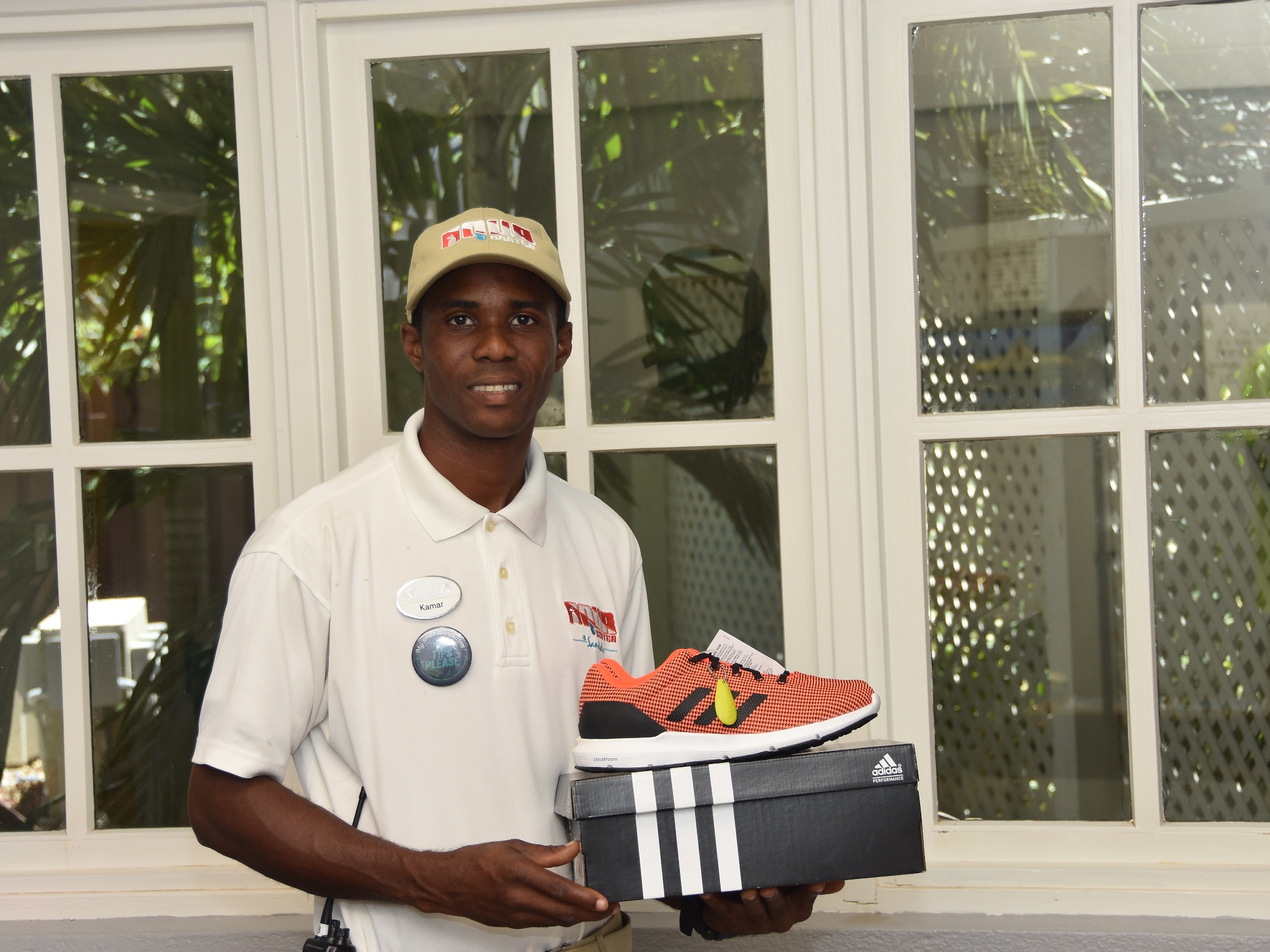 Kamar Thomas, one of the nation’s top long-distance runners, is confident of more gold medals this season, following a renewed commitment of support from Sandals Grande Antigua.

Last year, Thomas received sponsorship from Sandals – where he works as a Supervisor in the water sports department – which included branded athletic gear as well as airfare to competitions outside of Antigua & Barbuda.

“Kamar is a great athlete who has shown dedication and discipline to his sport. He manages to balance work with his training and then his race meets. He is an inspiration to his Sandals family,” Sindhi said.

Thirty-three year old Thomas, a member of the Hurricane Power Athletic Club, has been dominating long-distance athletics since 2014. His club has expressed pride in his past achievements and high expectations for 2018.

Thomas is the two-time winner of the Iron Krew Marathon and has placed first in various 5K and 10K events on the athletics calendar locally. He has also represented Antigua and Barbuda in Nevis, Barbados, Guadeloupe and Guyana.

In 2017, he placed 8th out of 700 competitors in the Bankers Insurance International Half Marathon which took place in Trinidad and Tobago on August 31. Thomas also placed first in the 30-39 age category.