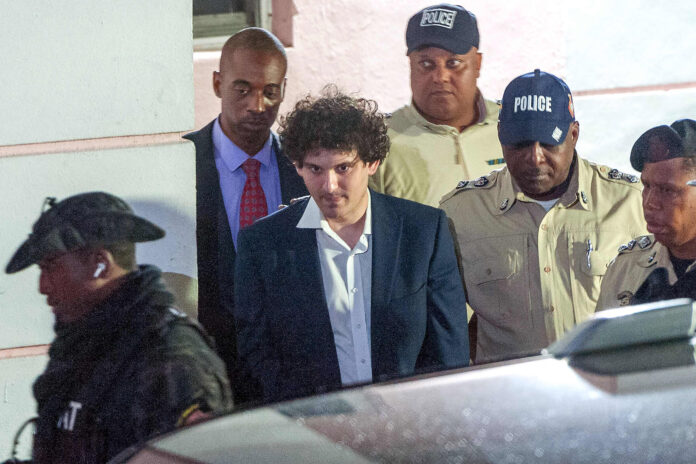 Fallen crypto billionaire Sam Bankman-Fried is being held in a Bahamian jail known to be overrun with rats and maggots — one so bad a warden has called it “not fit for humanity.”

The accused fraudster, once estimated to be worth $32 billion, is being held in the island’s only correctional facility, Fox Hill Prison, until at least Feb. 8 after failing to get bail while fighting against extradition to the US.

The jail was the focus of a damning report last year by the US Department of State into possible human rights violations, including violence and abuse by staff.

“Inmates removed human waste by bucket,” the government report noted of the jail where often six inmates are crammed into tiny cells that are only six feet by 10 feet.

“Sanitation was a general problem, and cells were infested with rats, maggots, and insects,” the state department noted.

The Nassau Guardian newspaper said it saw the rodents firsthand during a 2019 tour, with a prison guard confirming “that rats run up and down all day, every day.”

“Dogs don’t deserve to live in the state that maximum security is in,” the officer told the paper on the condition of anonymity.

Fox Hill Prison is so bad, in fact, some inmates have begged to be extradited back to the US just to escape it.

In 2019, a pastor waived his right to fight extradition to Georgia — where he was ultimately sentenced to life in prison for rape and child molestation — because he feared being killed by gangs in the brutal Bahamian jail.

“Fox Hill ain’t no place for nobody to stay in… I am ready to go,” rapist Don Martin told the magistrate who approved his extradition, The Tribune reported at the time.

Many believe Bankman-Fried — who signaled plans to fight his extradition — should do the same, even though he faces a maximum of 115 years in prison if convicted of all eight federal charges he faces.

“There is no advantage to him staying, he’ll be sent to the U.S. eventually anyway,” said Larry Levine, the founder of Wall Street Prison Consultants, which advises those convicted of white-collar crimes on how to get into better prisons.

Bahamian Commissioner of Correctional Services Doan Cleare claimed that the hideous conditions have been improved by renovations, saying “we don’t have any issues with rodents.”

He said the disgraced 30-year-old FTX mogul will start his stay in the medical department in a sick bay that can hold about five people.

“He will be in sick bay for orientation purposes and then we will determine where best to place him,” Cleare said Tuesday.

Either way, it will be a stunning change of scenery for the former crypto wunderkind who lived and worked in extravagant luxury in the Bahamas before his arrest late Monday.

That luxury, however, is part of the slew of accusations against him, which include separate charges from the SEC, accusing him of using investors’ money as “his personal piggy bank to buy luxury condominiums.”

Bankman-Fried has apologized to customers and acknowledged failings at FTX, but said he does not personally think he has any criminal liability.

That luxury, however, is part of the slew of accusations against him, which include separate charges from the SEC, accusing him of using investors’ money as “his personal piggy bank to buy luxury condominiums.”

Bankman-Fried has apologized to customers and acknowledged failings at FTX, but said he does not personally think he has any criminal liability.