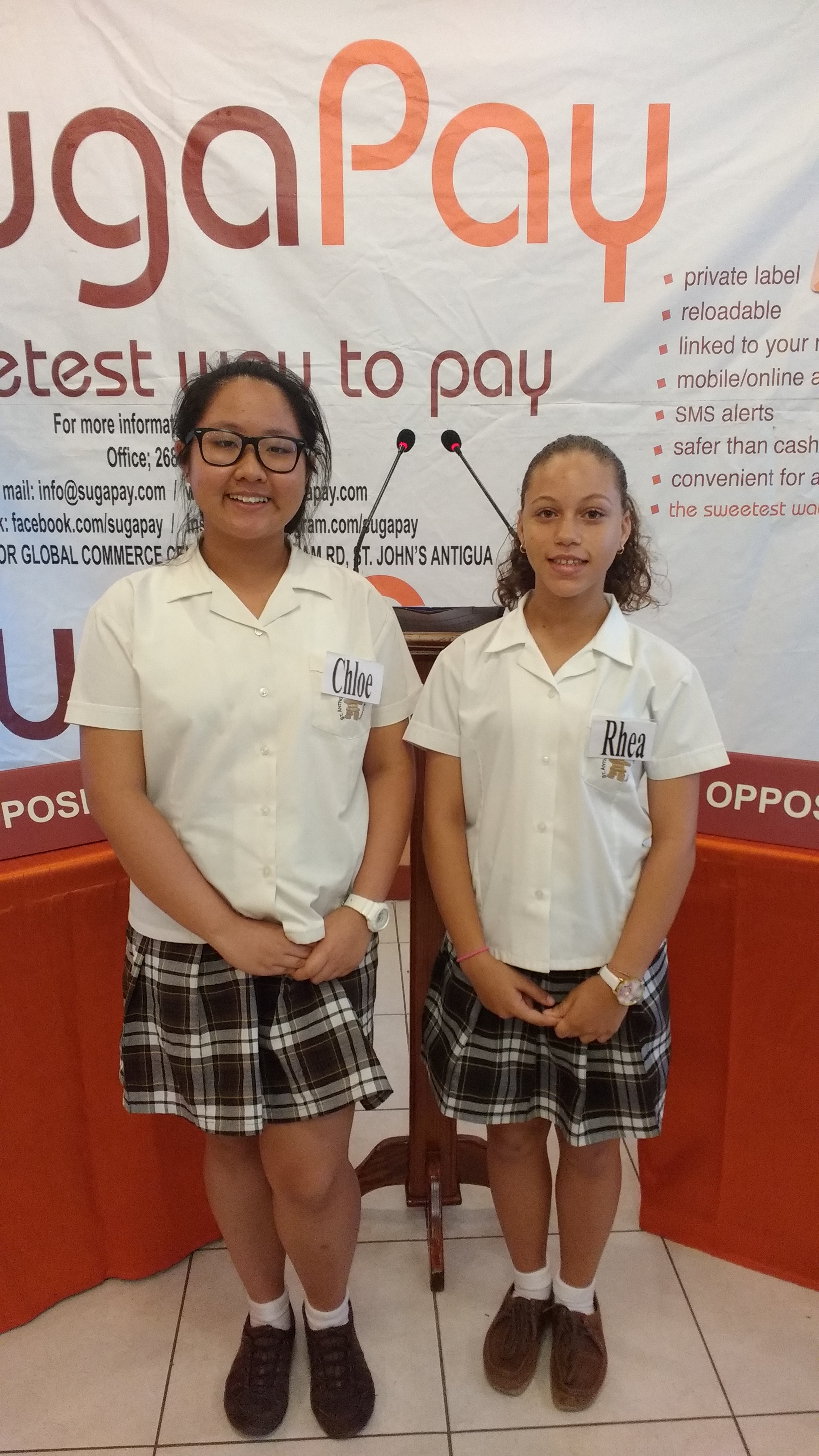 Saint Anthony’s Secondary edged out Antigua Grammar School by a mere one point to be declared winners of the 2017 Inter-Secondary School Debate Series.

The final encounter of the series sponsored by Suga Pay was held on Tuesday; with team Saint Anthony’s amassing 73 points and Antigua Grammar School, 72 points.

Both sides debated the moot “Antigua and Barbuda’s CIP is mostly beneficial to the nation,” with Chloe Yang and Rhea Watkins of the proposition detailing the major successes that have resulted from the implementation of the CIP. Vibert Elliot and Jahroy King who opposed the moot sought to highlight the negative attention the country has to deal with, in addition to the possible threats to national security and the local culture.

In the end, St. Anthony’s Secondary who never lost an encounter during the series prevailed. Rhea Watkins was adjudged better speaker for the proposition and Jahroy King for the opposition. King was also declared best debater.

Commenting on their win, Rhea Watkins described it as one filled with emotions. She said their hard work paid off as a result of their commitment. She expressed appreciation to their parents, principal and teachers who provided the support needed to successfully navigate the series.

Watkins described the moot as difficult, but admitted it proved educational and served as a lesson.

“With us growing up, we are not that much in tuned with what is going on in our surroundings, but it brought to our attention that there is so much that we do not know about. It was extremely difficult, but we did our research, we gathered the information we needed to make it to the finals and win the series,” she noted.

A total of 11 public and private secondary schools participated in this year’s Inter-Secondary School Debate Series.

A closing ceremony is scheduled for Tuesday 20th, June, 2017.