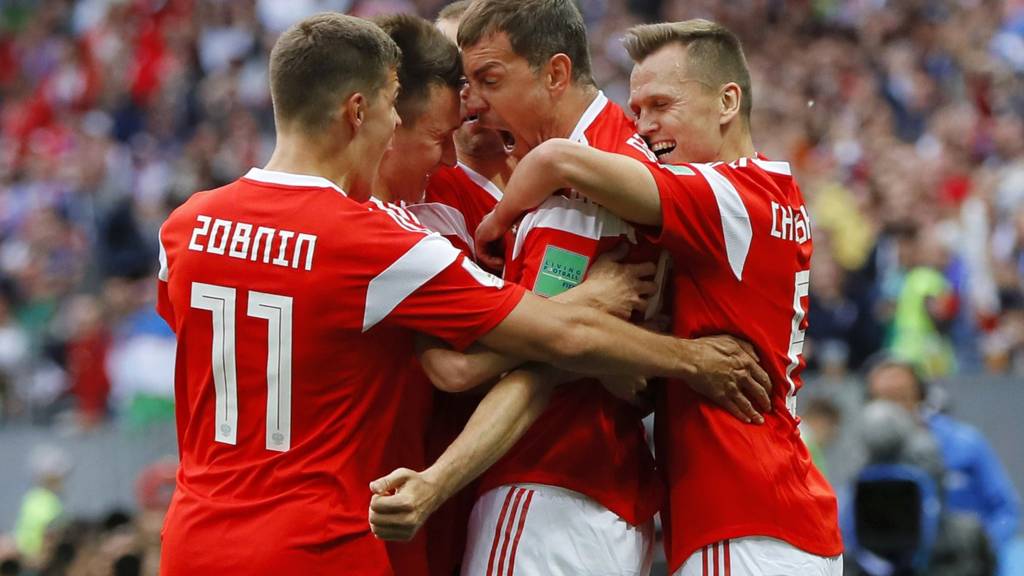 The 2018 World Cup opened in spectacular fashion as Russia defied their recent poor form to smash five past Saudi Arabia and record the biggest win by the host nation in the opening game of a World Cup since 1934.

Stanislav Cherchesov’s team had not won in their past seven matches and had been criticised from all sides, including a series of barbed comments from Russian president Vladimir Putin.

But in front of a largely partisan crowd of 78,011 at the Luzhniki Stadium they never looked in danger against a naïve Green Falcons’ side that seemed only too willing to gift possession to their opponents.

A completely unmarked Yuri Gazinsky headed his first goal for Russia before substitute Denis Cheryshev evaded several weak challenges and smashed home at the near post close to half-time.

The tempo slowed and the atmosphere flattened after the restart, giving the whole thing the feel of a friendly match.

But substitute Artem Dzyuba illuminated a match of often dubious quality with a precise header to extend his team’s lead just minutes after replacing Fedor Smolov.

And as the match moved into injury time the impressive Cheryshev smashed home with a crisp strike into the top corner before the superb Aleksandr Golovin curled a free-kick around the wall.

It put the seal on a sensational and unexpected start to the World Cup for the hosts – and gives them a real chance of qualifying from the group stage.

AUA student robbed at knifepoint while jogging on Jabberwock road