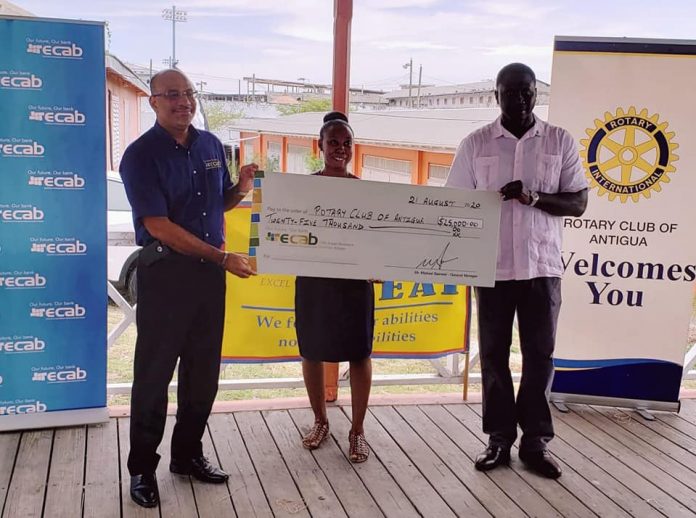 In a major development, the School for the Deaf is poised for expansion as a result of a partnership between the Rotary Club of Antigua and the Eastern Caribbean Amalgamated Bank (ECAB).

On Friday, the financial institution presented a cheque of $25,000 dollars to the Rotary Club of Antigua, to facilitate the project. 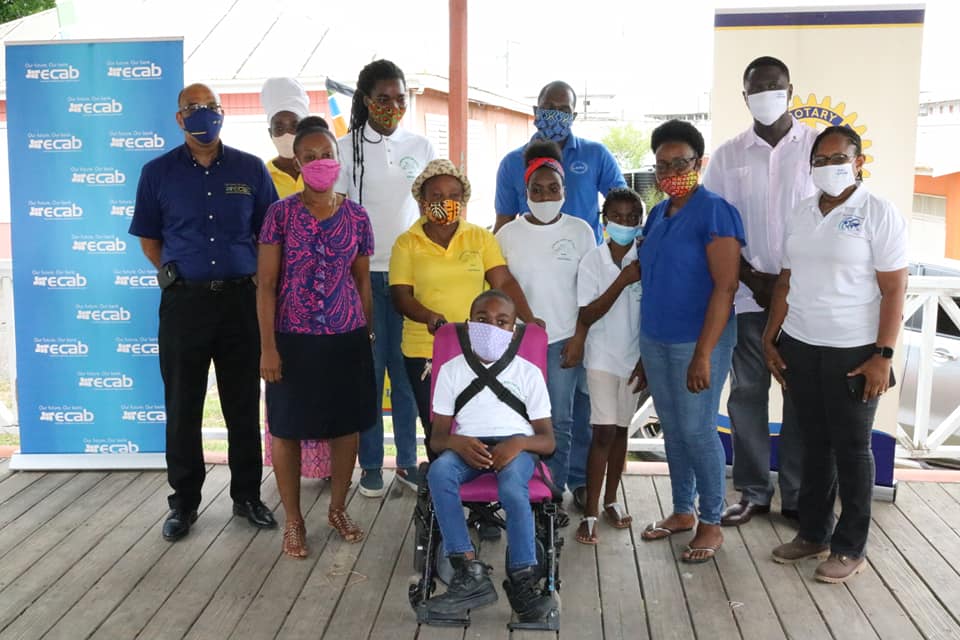 Speaking during the presentation ceremony, Rotarian Denise Limerick, explained that the Principal of the School, Mrs. Dianne Archibald expressed the need for the school’s expansion, especially as the time for the reopening of school approaches. She added that the additional two classrooms will go a long way in enhancing the learning environment at the school.

President of the Rotary Club of Antigua, Kevin Silston, described the occasion as a momentous one and thanked ECAB for agreeing to cover half the cost of the undertaking. 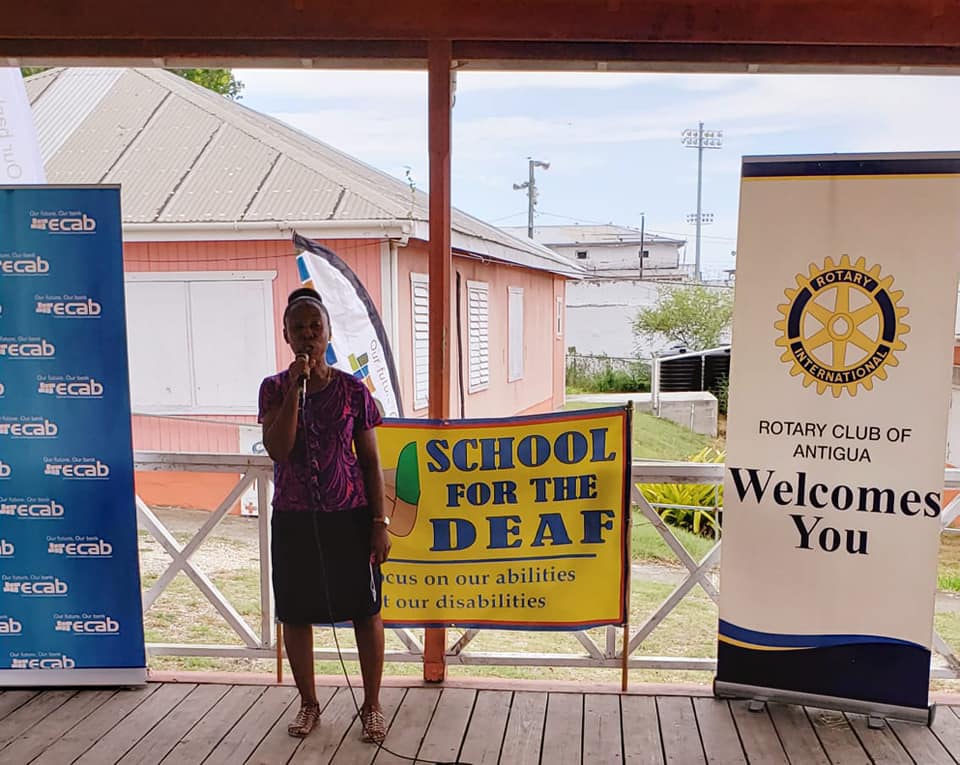 ECAB’s General Manager, Michael Spencer, said that the bank is very pleased to be associated with the project which will have a positive impact of the development of children with special needs in Antigua and Barbuda.

The school’s Principal, said that the staff and students are equally overjoyed that there will be additional space to foster safe and engaging learning experiences at the facility. 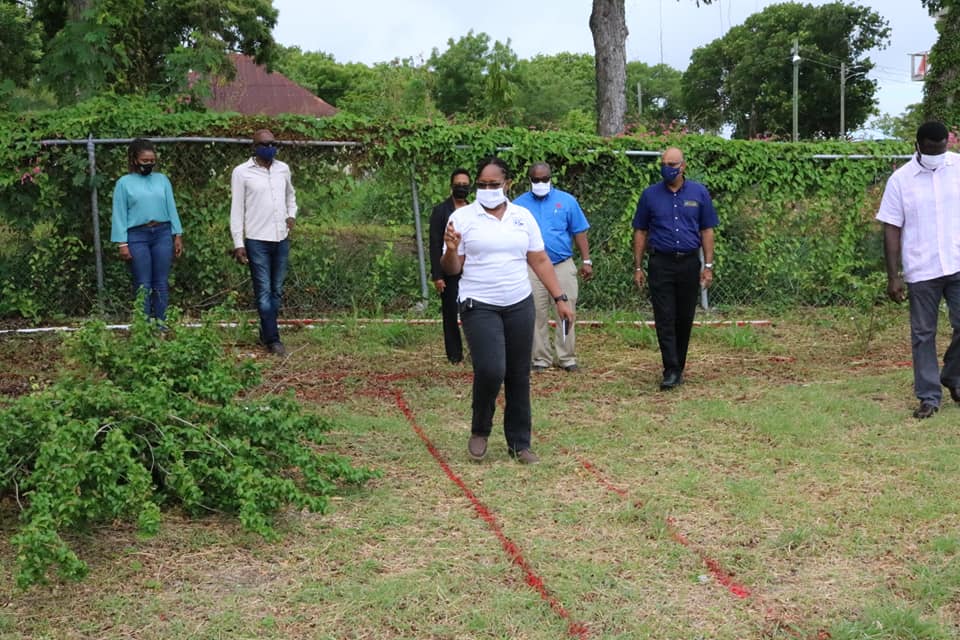 She expressed thanks to the Rotary Club of Antigua and ECAB for answering the school’s call for assistance.

She also thanked Rotarian Denise Limerick, for her involvement in initiating the discussions concerning the project.