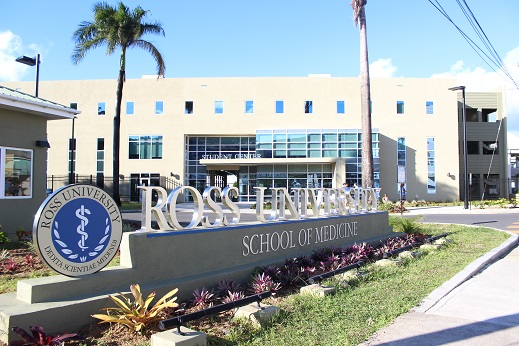 Ross University School of Medicine, which had been operating in Dominica for forty years, has decided to shut down its operations here.

The university relocated following the passage of Hurricane Maria in September 2017 due to the extensive damage caused on the island as well as to its campus.

Prime Minister Roosevelt Skerrit announced on Friday 3 August 2018 that the university has decided not to return and will announce its departure “anytime from now”.

“As we all know this has been speculated for some time but a few days ago officials from Ross, formally gave word to us on this matter. Since Maria, the officials in Dominica have been in constant contact with officials of Ross to see how we could cushion the impact of Maria.”

Mr. Skerrit explained that over the last ten months all options that one could think of in discussions with Ross was explored, however at the end of day, the officials of Ross, like any other business person, reserve and exercise the right of the shareholders and the many interests, to include but not limited to, parents, students, faculty and sponsors.

Ross’ departure, he added, is a direct consequence of Hurricane Maria and Tropical Storm Erika.

“Let us make it very clear that Ross loves Dominica and Dominica loves Ross. We have had a very long relationship over the years. Had it not been for these two weather systems, there would have not been any considerations of Ross University’s departure from Dominica.”

The Prime Minister further stated that about three years ago the partnership agreement between Dominica and Ross was renewed for another twenty-five years with a wide range of concessions including the redevelopment of the campus. 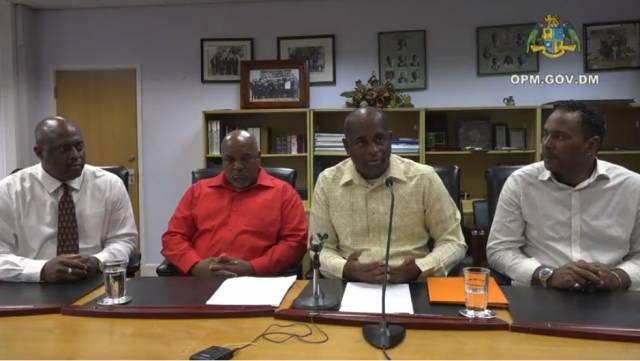 “Ross started to construct a number of critical pieces of infrastructure and spent several millions of dollars doing so in the first few years of the partnership agreement. But none of us can wish away these weather systems; the fact remains they happened, Erika and Maria, which brought considerable damage to Dominica.”

Mr. Skerrit said he is satisfied that Ross tried everything.

He added that in discussions with senior officials of Ross he was able to garner from them their continued love and connection with Dominica to the extent that they have kept open the door for the return to Dominica of several aspects of their US five billion dollar operations.

“Ross is owned by a major company that has a portfolio of over US 5 billion dollars. So Ross is just but one of that massive operation; we shall continue discussions with the directorship of the parent company to see how Dominica can position itself to attract such operation in the near future.”

The Prime Minister also revealed that the government’s team told Ross that it is only fair as in any marriage of forty years, that if there is to be a parting of ways there should be at least a sharing of what he called the fruit of those forty years.

“Ross has agreed to this in principle and we are now at an advanced stage of negotiations as to how best Ross can say thanks to Dominica for these forty years. We are now discussing the specifics and it would be presumptuous of me to anticipate what their ultimate decision will be, but I think my team and I have made some very strong and reasonable decisions that I am hopeful will be taken on board by Ross University. Suffice to say that the first and foremost in my consideration was for us to leave a lasting tangible monument to the warmth of the friendship that existed between Dominica and the Ross University.”

Later down, he said, more details to this very critical point will be revealed, adding that once the final word from Ross is received, Dominicans will be grateful for this particular very critical request that they have made from the university.

Meanwhile, Mr. Skerrit said many Dominicans have benefited from an education from Ross over the years and so ordinary Dominicans desirous of pursuing studies in medicine or related studies will continue to access the relevant scholarships at Ross University.