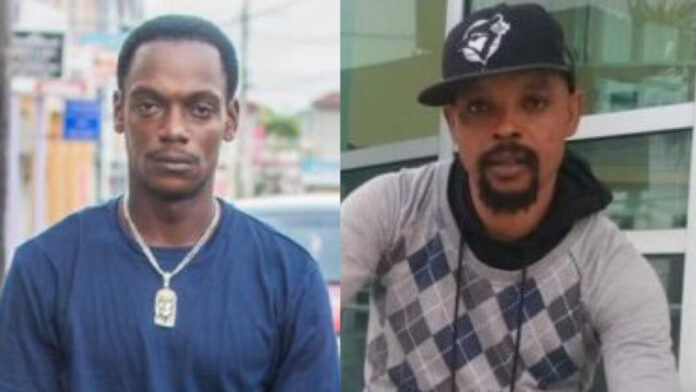 NEWSCO: The trial of murder accused Nathaniel Simons began yesterday in the High Court with testimony from one of the officers who first arrived at the bloody scene to find the body of Phillip Lugg.

But it was the second witness, an elderly woman who lived with both men, who shed light on what might have happened that night.

It is believed that Simons stabbed Lugg on June 7 2020.

Lugg’s lifeless body was reportedly found on a Potters roadside with blood oozing from his mouth and nose.

He is also said to have had visible stab wounds to various parts of his body.

And despite heart compressions performed by a technician from the Emergency Medical Services (EMS), Lugg reportedly died before ambulances arrived half an hour later.

Simons, a barber, was also reportedly treated for injuries sustained in the apparent fight said to have resulted in the death of 28-year-old Lugg.

According to a woman who lived with the men from December 2019, the relationship between the duo was “not good”.

Lugg would “make problems” with Simons for simple things such as clothespins, she said.

She added that the antagonism started when Simons spoke to Lugg about covering his portion of the bills.

The woman said that on the day of the incident, she asked Simons to pick her up from the hospital and he did.

She said she started cooking and asked the defendant to bring a bag of rice when he was coming back to their shared Potters residence.

She said Simons returned with the rice and his girlfriend.

The witness said she then decided to go onto the verandah where the washing machine was located to do some laundry.

She said Simons walked in and out of the house and Lugg got angry because he was mopping the floor.

Lugg apparently provoked Simons into coming into the house “if he bad” and he did.

The witness said at that point she was in her room and she began to hear noises in the living room and ran out to find both men holding knives.

“I told Nathaniel put down the knife because Phillip always say him know to push your button to get you out,” she told the court.

At that time, Lugg’s friend from next door came over and held Simons and “it kinda cool down,” she recalled.

However, just a few minutes later, Lugg came to the kitchen where she was and began throwing teacups at the accused.

The woman said she ran into her room to avoid getting hurt and returned to the living room when the noise stopped.

It was while attending to her clothes in the washing machine that she saw Lugg walking and holding his side.

She recalled that he moved his hand from his side to open the gate and blood began spewing out.

The elderly woman said some of Lugg’s friends assisted him and put him on the grass before calling the EMS and police.

This witness also described the knives both men had, indicating that they were hers so she knew them well and was asked to identify them and sign them during the police investigation.

As a result, the prosecution used this opportunity to tender one of the knives.

In cross examination by Simons’ attorney, Wendel Robinson, the witness explained the relationship between her and both men.

She said that Lugg’s mother and the accused were cousins.

She also stated that she is not blood related to either man but Lugg called her ‘cousin’, while Nathaniel called her ‘mom’.

The witness further explained that she had taken care of Lugg’s grandmother at one point.

“Nathaniel brother married to my sister,” she added.

After that witness, the trial was adjourned until today.

Justice Colin Williams is presiding over the matter.