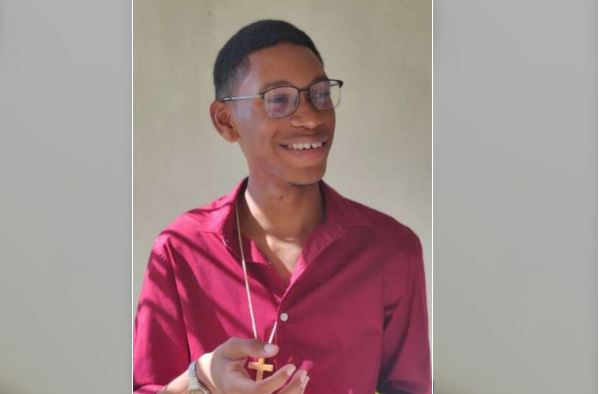 The Sandals Foundation has stepped in to fund Romarie Bartley’s medical studies in Cuba, and he will leave the island on January 13, 2023 to begin reading for a degree in medicine.

And so, this Christmas will most likely be Bartley’s last with his family in Jamaica for about six years.

“This has come to mind quite frequently as the year comes to a close. A lot of the things that have become a norm for me will soon end, as my departure time draws close.

To be honest, it’s a mixture of emotions.

It’s saddening, due to the great degree of incoming change, but exciting for that same reason.

The overall feeling, however, is gratitude for all I’ve been able to actually experience and the people I’ve met, inclusive of those I’ve only know since this year and the one prior,” Bartley told the Jamaica Observer.

In November 2021, Bartley, the 2020-2021 head boy of St George’s College, related to the Jamaica Observer that his dream of becoming a surgeon was in limbo, as his family had been hit by financial challenges.

Bartley, 20, was raised by his aunt in Greater Portmore, St Catherine, after his mother died when he was just three years old. He said his father has never been involved in his life.

Much to his delight, Sandal’s Foundation stepped in and cleared that hurdle.

“I was pretty happy and grateful. Not to sound pompous, but I wasn’t surprised, because funding was something I’ve been praying about and had faith in.

I just wasn’t sure where exactly it would be from or how, and now due to that faith that God would execute His will, I know the answer to those.”

He will never forget the day when he heard the news.

“It was Friday, July 8. I had a virtual meeting with the foundation where they got to know me a bit more and my situation. This was before getting any promise of funding or anything like that.

I was actually at work and had to convert my work station to a semi-suitable area for a Zoom meeting and ask my co-workers to be as quiet as realistically possible,” he recalled.

Later that evening, around 6:30, he saw that he had missed two calls and a voice note.

“I wasn’t expecting any calls that seemed remotely like work but then I realised it was a Sandal’s Foundation representative.

I was in the living room where my aunt and one of my brothers were already relaxing. The representative sounded super excited greeting me, unfortunately my exhausted self at the time couldn’t muster up nearly that much excitement until she congratulated me and told me that the foundation agreed to fund the majority of my tuition,” Bartley told the Sunday Observer.

Meanwhile, Bartley said that currently, there are no plans to do anything differently this Christmas to make up for those Christmas holidays he will be away pursuing his dream.

“My family has actually always been pretty subtle where the holiday season is concerned, and there’s an odd comfort that has always come from it so I’d prefer not to tamper with that subtle yet sublime time.

However, at this time, I’m not sure if they’ll try to surprise me with anything, big or small,” he told the Sunday Observer.

Christmas Day, he added, is marked by church going. After church, the family would “take a few pictures then head home to just spend time together.

We’d have all the bed linings and curtains changed, food would be prepared and in the interim, we would eat Grotto bread and drink sorrel.

If we had Christmas cake then that would be split up after dinner.”

“This year has been a year with a lot of rough seasons and hard moments that, honestly, looked like curses, but they were, honestly, such a blessing. Proof of that is even in that sentence.

Had someone told me last year that for the majority of 2022 you’d be met with nos, discouragement, disappointments and confusion, I would definitely ask to opt out, but God has been really developing me through this time.

“It was through experiencing the less than ideal moments that I was able to see the gifts or blessings of this year. I had my faith strengthened which was actually on my vision board for this year, I even wrote a book of sorts on it.

I met some pretty amazing people, I learnt more about myself, I gained a deeper appreciation for those working in customer service, and oddly enough, in many other service jobs and I grew an even greater desire to be in the health field and to allow God to guide me in improving it.”