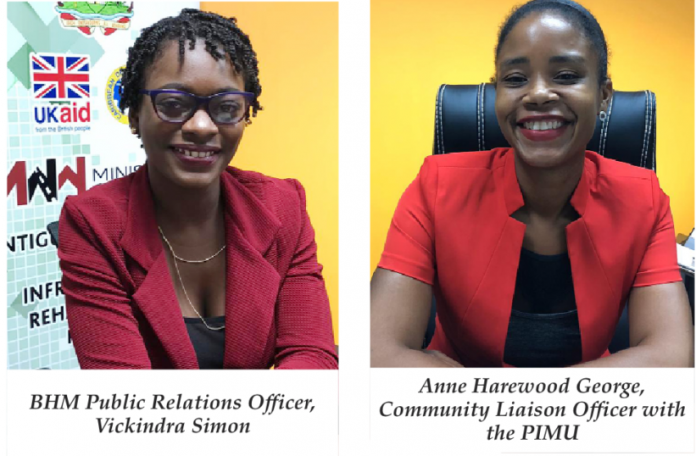 Bahamas Hot Mix (BHM) Public Relations Officer, Vickindra Simon, disclosed that the final phase of the extensive roadwork project on Friars Hill Road and the Sir George Walter Highway is expected to be completed by September 2020.

The roadwork project is being funded by the British Government, at a cost of approximately 13.9 million pounds. The funds are managed through the Caribbean Development Bank (CDB) and oversight is provided by the Department for International Development (DFID)

Simon confirmed the expectation for completion of the final phase of the project, saying, “Hopefully, by 2020 June, we should complete Friars Hill Road, in terms of asphalt paving,” and: “We plan to be completed with paving on Sir George Walter Highway by September 2020.”

For the Sir George Walter Highway, the status of the asphalt paving is said to be 10 per cent, for drainage piping, 40 per cent, and drainage culverts, 16 per cent.

The additional work that is expected to be done includes headwalls, bus shelters, line markings, crash barriers, handrails and street signs. Some of this work will be executed, simultaneously, with the paving.

For the headwalls, work is due to start in October, from Bridget’s Supermarket (Cedar Grove/Friar’s Hill Road junction) in Phase 1A. Once the headwalls are complete, the work will move to West Indies Oil, where they will switch over to the Sir George Walter Highway.

Sidewalks, which are notably absent on Friars Hill Road Phase 1 – due to a lack of pedestrian traffic – are due to commence at the end of October in Phase 2 of Friars Hill Road.

Line markings and crash barriers, handrails and street signs will be done in the final phase of the project, scheduled for 2020.

Five roundabouts will be done as part of the project, with three on Friars Hill Road – the Cedar Grove/Friars Hill Road junction (scheduled to be done next week), the Friars Hill Phase 2/Dickenson Bay junction and Cross Street (YMCA junction).

The other two will be done on Sir George Walter Highway Road (scheduled for October) and one on Factory Road.

A planned closure to accommodate paving, will be done for the Cedar Valley junction to the West Indies oil section of Friars Hill Road some time next week, for paving. Access will be maintained for local businesses and residents of the area.

For the Epicurean/West Indies Oil section, traffic adjustments will be in the form of single-lane traffic and traffic lights. This is scheduled to be done before December of this year.

Anne Harewood George, Community Liaison Officer with the PIMU, voiced her concern with what she described as “non-compliance” of drivers with the temporary traffic management measures being implemented as part of the project.

She appeals to road users to be more careful and respectful of the instructions being conveyed in the midst of the project implementation.

“One of the biggest challenges that we are facing right now is the road user behaviour and non-compliance, with respect to traffic management. By this, I mean, we need to respect the flag operators – these are women and men who work tirelessly to ensure that these diversions and traffic management measures are carried out.” she explained.