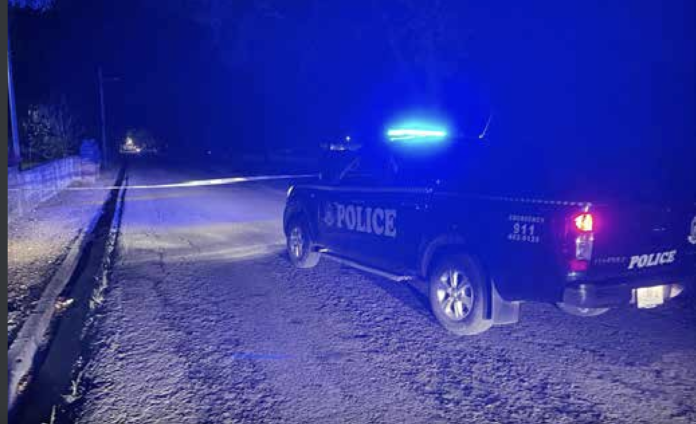 For several hours last evening, drivers traversing Dickeson Bay Street were met with caution tape across a section of the road just outside Princess Margaret School.

Drivers were forced to use alternate routes to get to their destinations.

The Police were summoned by two of POINTE FM’s employees and they responded promptly and reopened the road.

Turns out it was a prank by one or several young people who were on the nearby football field earlier in the afternoon.