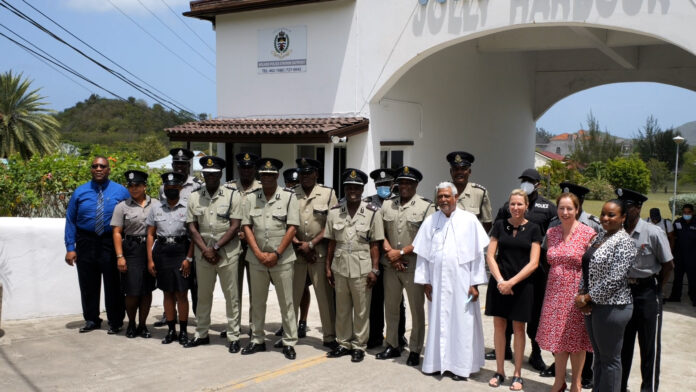 The police have arrested and charged Rickardo Bassawan of Bennett Street, Villa with Aggravated Robbery.

The 27yr-old accused is alleged to have unlawfully entered the apartment of a Jolly Harbour resident armed with a weapon and robbed her of an undisclosed amount of money.

A report was made to the officers attached to Bolans Police Station, and Bassawan was apprehended in Jolly Harbour and taken into custody.

The alleged incident occurred on the morning of Saturday 28 May.

The Police Administration, along with the Jolly Harbour Community commended the officers at the newly commissioned outpost for their swift response and professionalism in handling the matter.

He is expected before the court sometime this week.

The recent partnership between the new management of Caribbean Developments Antigua Ltd. (CDAL) and the Royal Police Force of Antigua and Barbuda in establishing an outpost for officers attached to the Bolans Police Station, has been a step in the right direction.

CDAL wishes to thank our security officers, who moved swiftly in providing information to officers attached to the new Bolans outpost, and the police for their quick response time in apprehending the perpetrator. Residents within the area can feel a lot safer knowing those charged with the responsibility to protect and serve, will be doing so as a result of this new strategic location.