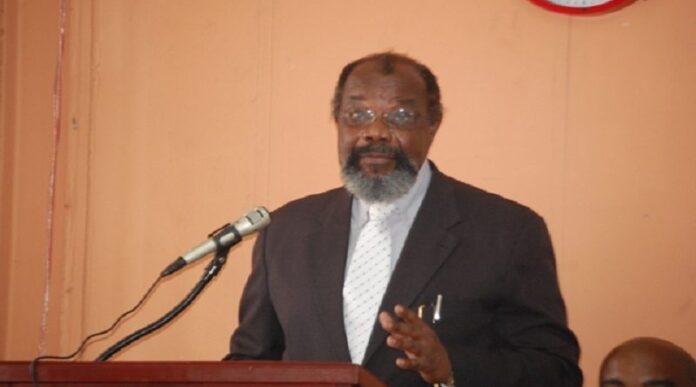 Fair, very knowledgeable, firm and balanced are just some of the terms being used to describe the late Justice Errol Thomas, former High Court judge.

Reports say the retired jurist’s partially decomposed body was discovered on Tuesday, September 13, in his home, where he lived alone. A post-mortem examination will have to be conducted to determine the cause of his death.

Director of Public Prosecutions Anthony Armstrong tells REAL News that Justice Thomas was a firm, yet affable, and highly regarded jurist who gave long and faithful service to the law and the public welfare.

He adds that Justice Thomas had a great love for the law and would often share new developments with counsel on both sides.

Armstrong says Thomas’ judicial temperament was excellent; he was respectful toward all the litigants and attorneys who appeared before him; and, accordingly, he will be greatly missed.

Meanwhile, Chief Magistrate Joanne Walsh, who was close to the retired judge, shares similar sentiments about the man to whom many lawyers referred as “Judge Dread” – on account of his sometimes harsh sentences.

She says Thomas was sound in his judgment and was particularly strict when it came to murder, rape and robbery cases. For the offence of rape, she says, the convict was not likely to be sentenced to fewer than 20 years.

According to her, no matter one’s social, religious, political or financial background, Justice Thomas would approach the trial fairly and impose a sentence based solely on the circumstances of the case.

In addition, Walsh says that Thomas was a wonderful researcher. She recalls that, if an issue requiring research came up during a case, he would be ready by the following morning with his decision.

The retired judge reportedly was also prompt with his rulings.  Walsh remembers him saying that the prosecution changes; the lawyers change; but the judge is always constant.

The Chief Magistrate, who previously served as a public prosecutor, says she never questioned Thomas’ judgment, knowing that he had given it a great deal of thought.

Walsh also credits Justice Thomas for being a teacher who moulded a number of the young prosecutors, inviting them into his office and offering advice.

The St. Vincent-born Thomas attended Carleton University, Canada; the University of the West Indies; and the Hugh Wooding Law School in Trinidad & Tobago. He was subsequently called to the Barbados, Saint Lucia and Grenada Bars.