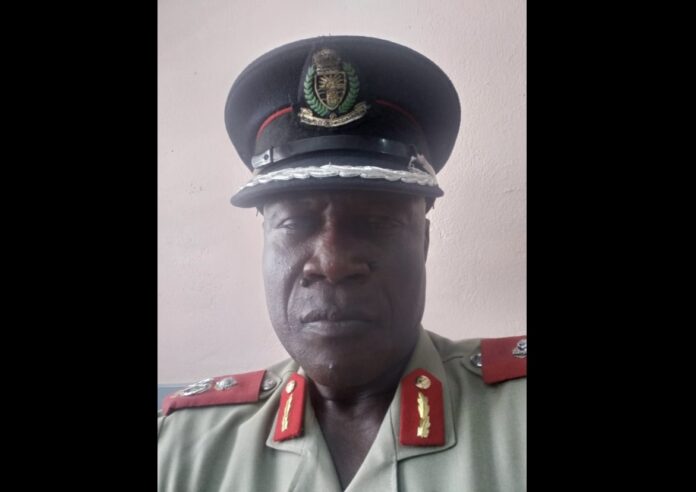 Recently retired Fire Chief, Assistant Commissioner Elvis Weaver is among four outstanding Antiguan and Barbudan Nationals, who will be honoured in the King’s New Year’s Honours for 2023.

St James’ Palace in the United Kingdom announced on Saturday, that King Charles has given orders for Antigua and Barbuda Retired Assistant Commissioner of Police, Elvis Weaver to be awarded the King’s Fire Service Medal for services to the Fire Department of the Royal Police Force of Antigua and Barbuda.

On Thursday 22 December 2022, ACP Weaver officially retired from the Police Force, having given over forty-three years of unbroken services to the nation of Antigua and Barbuda.

A ceremony was held in his honour at the Multipurpose Cultural Center, where Commissioner Atlee Rodney and several other officers, friends, and family members took the opportunity to thank Weaver for his contributions to humanity.

Also among the honorees is the General Manager of ABS TV\Radio, Mrs. Erna Mae Brathwaite who is appointed as an Ordinary Member of the Civil Division of the Order of the British Empire, MBE for services to Youth and Community Development.

Dr Leon Errol Cort is being appointed as an Ordinary Commander of the Civil Division of the Order of the British Empire, CBE for services to National Development.

Antigua and Barbuda’s High Commissioner to the United Kingdom, Her Excellency Karen-Mae Hill is being appointed an Ordinary Officer of the Civil Division of the Order of the British Empire, OBE for services to Youth and Community Development.